A War memorial was erected, and unveiled on Coombe Hill, near Wendover in 1904, in memory of the men from Buckinghamshire who had died in the Boer War. Standing on a high hill it can be seen from a great distance, and an excellent panoramic view can be seen from it.

But, being built in such a lofty position did cause one problem, when in the late 1930s it was struck by lightning and virtually demolished. However, the Buckinghamshire County Council decided to restore it, and by 1939 it had been repaired. During the Second World War it had to be camouflaged, so that it could not be used as a guide for enemy aircraft.

View from the memorial 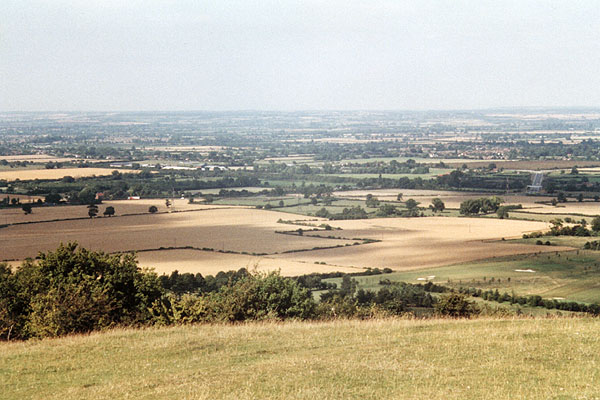