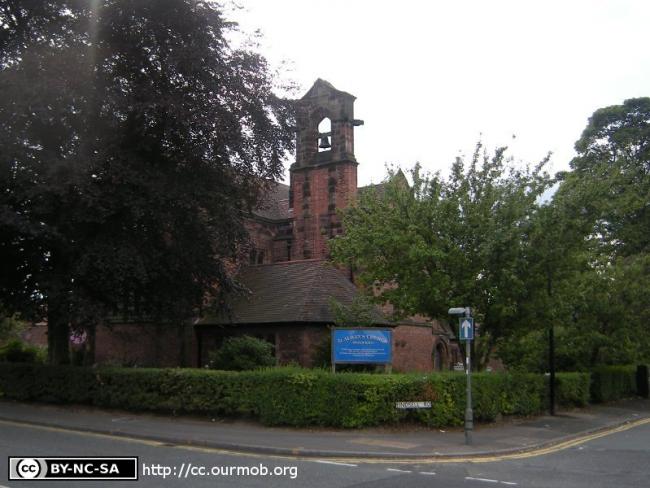 Built in 1900 as a chapel to Altrincham: St. George. In 1911 it became the district church for parts of the townships of Altrincham, Dunham Massey and Timperley. The boundaries of "The District Chapelry of Saint Alban, Broadheath" were described in the London Gazette on 24 January 1911: