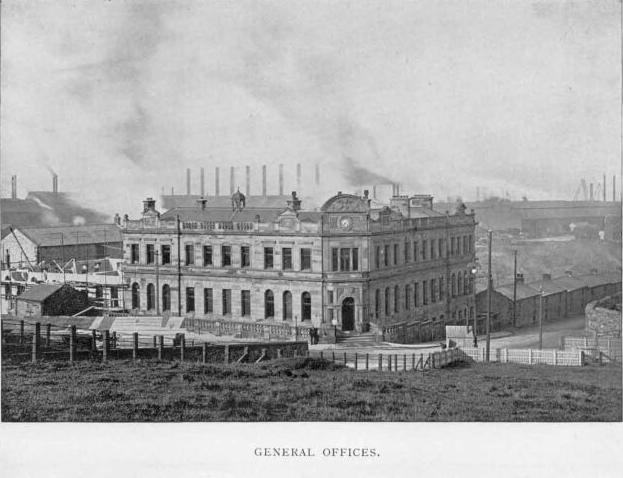 The position which Consett occupies in the iron and steel manufacture, its production and capabilities, cannot fail to excite interest; and in view of this it is thought that the following attempt to describe the place may be acceptable to the members of the Iron and Steel Institute. 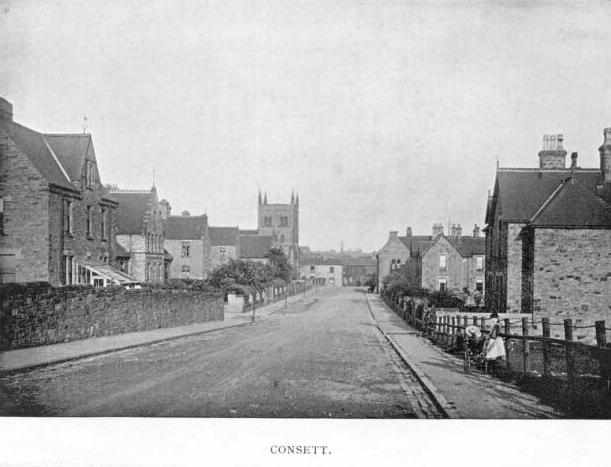 CONSETT is fourteen miles from Durham, and fifteen from Newcastle, and is approached from the first-named place by the Lanchester Valley Railway, and from the latter by the Derwent Valley Line. It has also direct railway communication with South Durham by the old Stanhope and Tyne Line, which was acquired by the Stockton and Darlington Company in 1844, and now forms part o£ the North-Eastern system. The Annfield Plain Railway to Birtley also intersects Consett, and will give the Company still further facilities for transit.

In 1837 the only habitations in the immediate neighbourhood of Consett were Delves House, Carr House, Barr House, a couple of thatched cottages in what is now known as Sherburn Terrace, and one or two buildings of a similar character. Three years later the Iron Works were started, and since then public buildings and streets of houses and business premises have sprung up all around, and what was once a bleak hill top is now a large and flourishing centre. Much money has been subscribed by the labouring classes for religious and educational purposes.

Standing at an altitude of upwards of 800 feet above the level of the sea, Consett commands a fine and extensive view of the surrounding country. Below its Park, and sheltered by its overhanging ridge of hills, lies the town of Blackhill, where not a house but one, that at Blackfine, existed sixty years ago. Immediately opposite, and rising with a gradual ascent, are the Northumberland hills, graced here and there with a variety of woodland. In the far distant north are the Cheviots, while westward the landscape is bounded by heather-clad hills. To the east of Consett, and overlooking the Lanchester Valley, is the town of Leadgate, chiefly inhabited by miners engaged at the Company's pits; and still further down the vale is the massive central tower of the grand old Cathedral Church of St. Cuthbert. Such is a bird's eye view of a group of places remarkable alike in growth and development.

Within the last three or four years, the Company have converted what was largely a piece of barren and waste land, situated between the towns of Consett and Blackhill, into a Public Park, for the use of the inhabitants generally. It has been tastefully laid out by Messrs. Robson and Sons, of Hexham, in a picturesque manner, and promises, when the numerous shrubs and trees become established, to be a boon to the district, and appreciated accordingly. 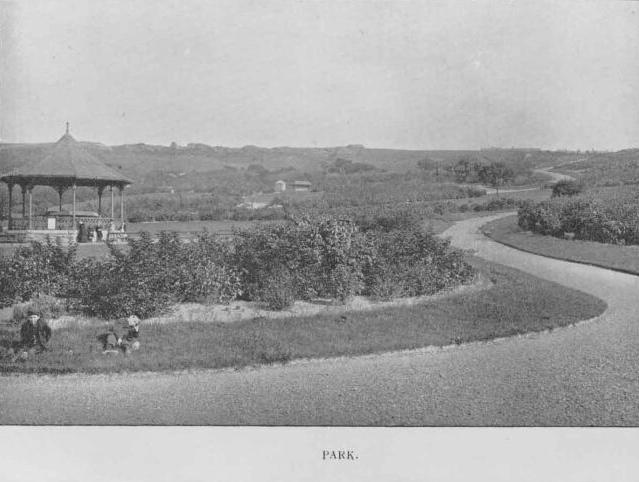