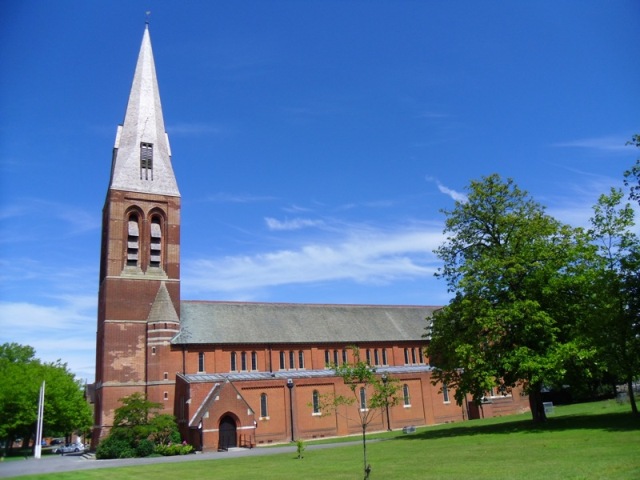 This church is currently the Cathedral of the Roman Catholic Diocese of the Forces.

It was originally built as an Anglican Church dedicated to St George. It became surplus to requirements around 1980 and was taken over by the Roman Catholics, when St Michael was added to the dedication. (The Catholics previously had a wooden church near the Cambridge Military Hospital, which burnt down).

As an Anglican church it had a foundation stone laid by Queen Victoria. This is possibly unique among Roman Catholic churches.