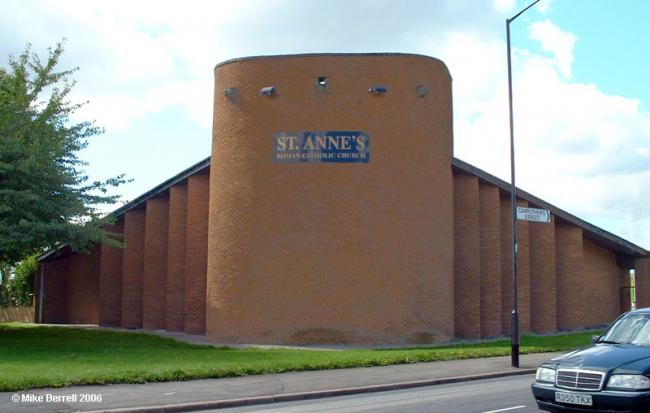 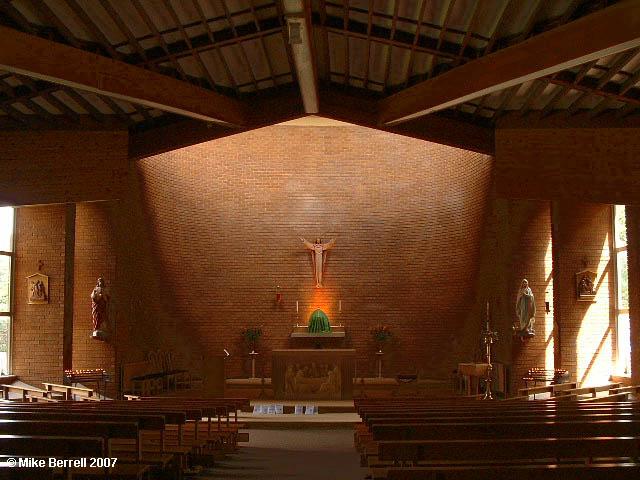 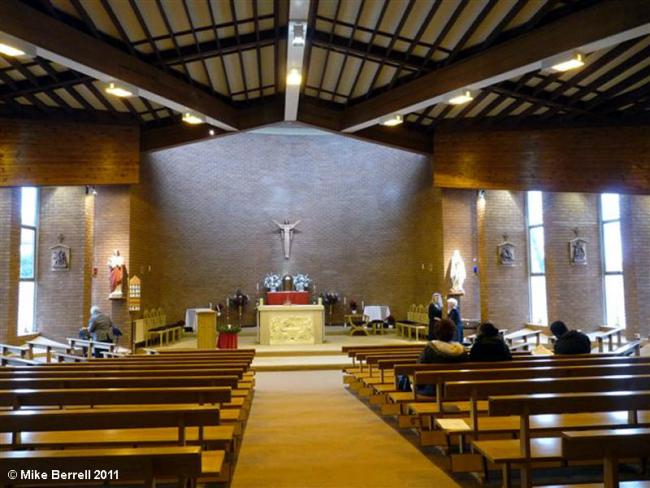 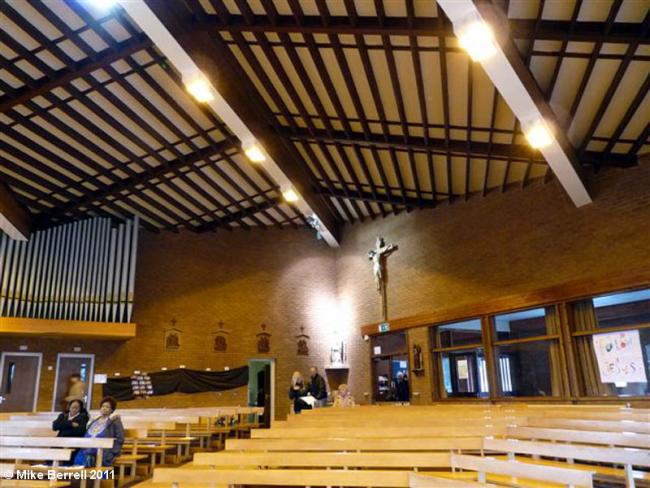 "This parish was founded from old St. Augustine's. An old building known as Sandford's Waste Mill was used as a Sunday school for Ancoats children in 1846. The children used to process to St. Augustine's for Mass. As a separate parish, St. Anne's dates from 1847 and the church was built in 1848.

Father George Green was appointed Rector from St. Chad's, and for three years was obliged to cope with; a large population of poor and often sickly people, weakened by famine and plague. He remained until 1855 when Father Allen was appointed. Under Father Allen's direction the parish struggled through the hard times of the Cotton Famine and managed to raise money for new schools.

During the long period between 1865 and 1929 the parish had only two parish priests-Canon Liptrott and Canon O'Kelly. Canon Liptrott, who came of an old Lancashire, family at St. Helen's, is often looked upon as the founder of the parish, because under his long reign the parish was shaped and moulded by his personality and devotion. When he first came there was one teacher with some hundred children; at his death there were twenty teachers and some 1400 children.

In 1872 some of the parish suffered severely in disastrous floods caused by the sudden and violent rise of the Medlock and Irwell. Coffins from the Catholic cemetery near Philip's Park were swept away by the fierce torrents.

When Canon Liptrott died in 1893 more than 6,000 people came to pay their last respects. The parish had lost a true Father in God. Canon Liptrott's chief helpers had been Fr. O'Rourke, Fr. Schuster, and Fr. Michael Buckley.

Canon O'Kelly (Lionel Joseph) was distinguished as a prominent diocesan administrator and as Vicar General for a long period. He built a new boys' school in 1896 and extended the girls' school. A parish hall was built in 1908, but the crowning achievement was the splendid new boys' school opened in 1927.

Canon O'Kelly, who was Vicar General of Salford Diocese from 1912 to 1929, was well-known outside Str Anne's. He was a devoted servant of the Rescue Society from its foundation in 1885 to his death in 1943. He was Vicar Capitular after the death of Bishop Casartelli. Father Hanlon writes: "The guiding principle of his life was that work came first. His private life was austere-he could never be persuaded to sit on an easy chair or stay in bed after 6 a.m. He had a great following as a preacher and filled the church to capacity, but his short instructions to the children were prepared no less carefully and, one felt, interested him mores. Work was his meat and drink; he often said that he got all the exercise he required walking from one engagement to another." He was a native of St. Patrick's, Manchester, having been born there in 1859. An outstanding headmaster at St. Anne's (until 1910) was Mr. John O'Dea, author of an interesting and outspoken history-The Story of the Old Faith in Manchester, published in 1910. There are parts of Mr. O'Dea's work that are not replaced by the present history.

Since 1929 St. Anne's has had the distinction of being ruled by two future Bishops, the late Bishop of Nottingham, Dr. John McNulty, and the present Bishop of Salford, Dr. Henry Vincent Marshall. Father McNulty came here from being head of St. Edmund's House in Cambridge. He was only left in charge from 1929 to 1932 when he was called to the diocese of Nottingham.

Dean Gribbin was next appointed from Ushaw, where he had been a professor for many years, so that once again St. Anne's had a Rector with a distinguished academic record. Unfortunately Dean Gribbin was continually in failing health and he retired in 1935.

Dean Marshall was appointed by Bishop Henshaw and shortly afterwards assumed the hard responsibility of Vicar General in addition to the many calls of St. Anne's parish. Dean Marshall set about restoring and beautifying the church and parish property. He had the sorrow of witnessing the removal of about 2,000 of his people by slum clearance. This began in June 1939, and large blocks of houses were demolished, so that before the war began the parish looked as though it had been devastated by enemy action. No doubt the intention was good, but as war came, the "clearance" meant that homes remained overcrowded and that the district was littered with dismal areas of rubble, waiting for new buildings. However, Mgr. Marshall was called away from the problem of St. Anne's by his appointment to the See of Salford in August 1939.

Dean Jeremiah Kelly had the task of watching over the parish during the difficult war years. The school-children were evacuated to Longridge, Fulwood, and Wilpshire. With losses through slum clearance and to the war effort, the parish only numbered 4,000 in 1945, only half of the total 25 years before.

In 1948 the parish had the joy of celebrating its centenary in a new atmosphere of peace with a Pontifical Mass celebrated by Bishop Marshall."