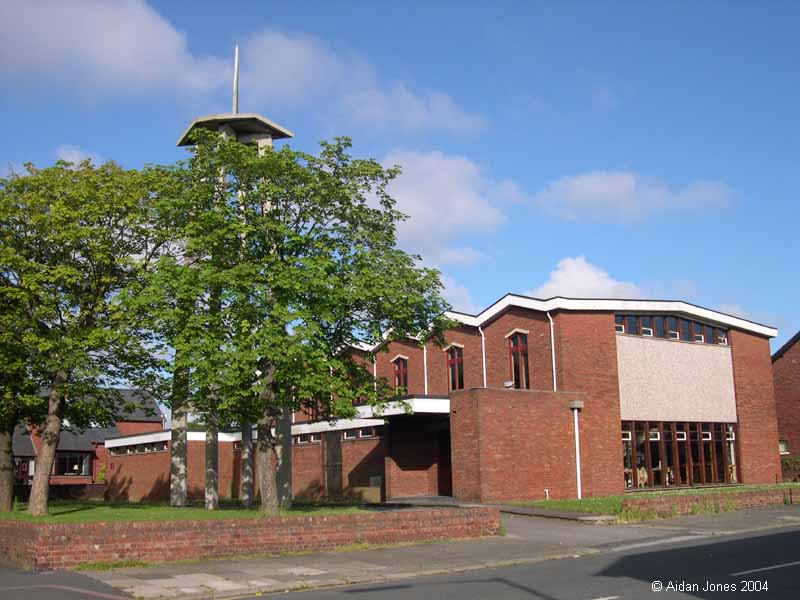 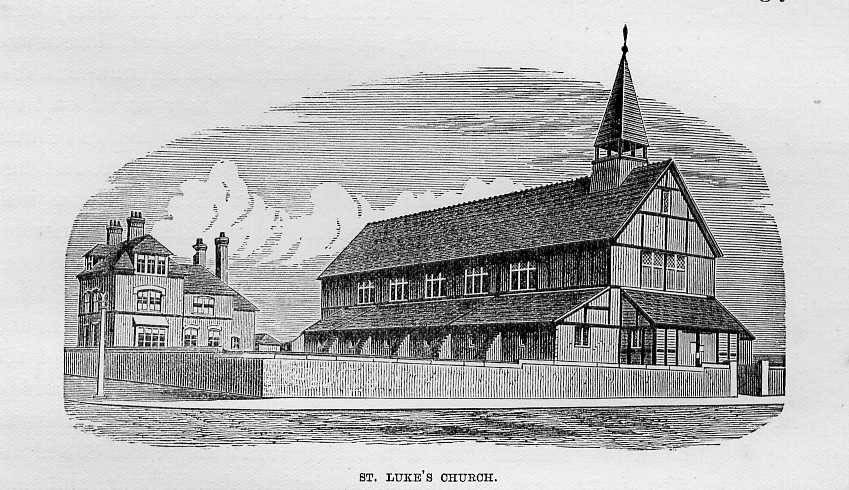 It was founded in 1877. One of four new Barrow parish churches to be named after the four evangelists, whose areas were designated in 1877. Four temporary church buildings of brick and timber were built to similar designs, provided by Lancaster architects Paley & Austin. They were simultaneously dedicated on 26 September 1878. ST. LUKE'S CHURCH originally dedicated by Bishop of Sodor & Man 26 Sept. 1878; consecrated by Bishop of Carlisle on 22 Nov. 1879. Rebuilt after war damage. A £30,000 appeal for new building launched 1958; new church consecrated 11 April 1964.

The rapid growth of the town soon rendered more church accommodation necessary than could be given by the three then in existence, and the Dukes of Devonshire and Buccleuch, Sir James Ramsden, and other magnates of the district, realising the want, subscribed £24,000 towards the erection of four new churches. Of this sum the Duke of Devonshire furnished £12,000, the Duke of Buccleuch £6,000, and the remaining £6,000 by other gentlemen.   Four brick structures, all after the same model, were erected, and all opened on the same day (September 26, 1878), when the Archbishop of York, and the Bishops of Carlisle, Hereford, and Seder and Man officiated. The buildings are only of a temporary character, and will be replaced by more fitting edifices when the fund left out of the £24,000 has accumulated to a sufficient amount.   The churches are appropriately named after the four Evangelists.   An event so unique as the consecration of four churches will mark September 26, 1878, as a red letter .lay in the history of Barrow. The records of past ages and the annals of older towns will be searched in vain for a similar occurrence.

St. Luke's Church in Salthouse Road is, externally, like the other three new churches, and does not present any ecclesiastical feature ; but the interior has been very appropriately decorated, and a stainedglass window bearing a full-length representation of the patron Saint in his evangelical character has also been added. Near the church is the parsonage, which is like the former, a modest brick building. The parish, lying on the outskirts of the town, is of considerable extent, covering 682 acres, and has a population of 9,339.   The benefice is valued at £200, and is held by the Rev. E. A. Oak, B.A., Cantab.

Regular services ceased at St Luke's Church, Barrow, in 2008, when structural problems and maintenance bills effectively brought about the church's closure. A special final service was held outside the church on Saturday 18 February 2012, prior to the building's sale and demolition.