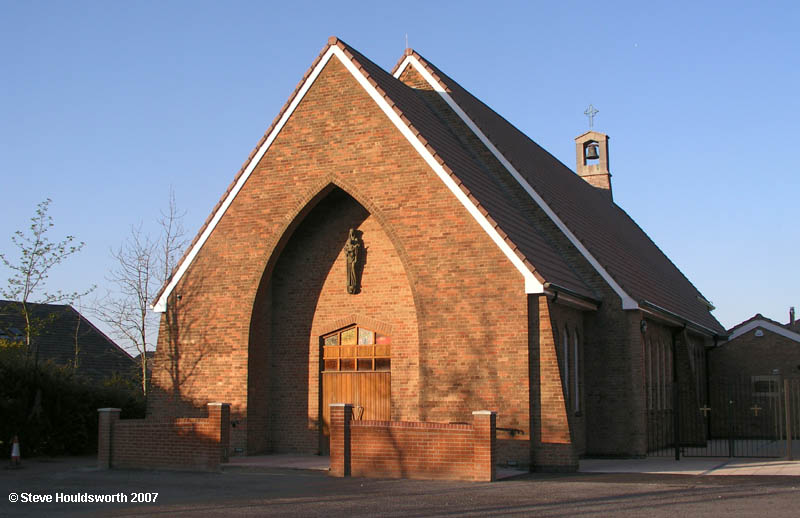 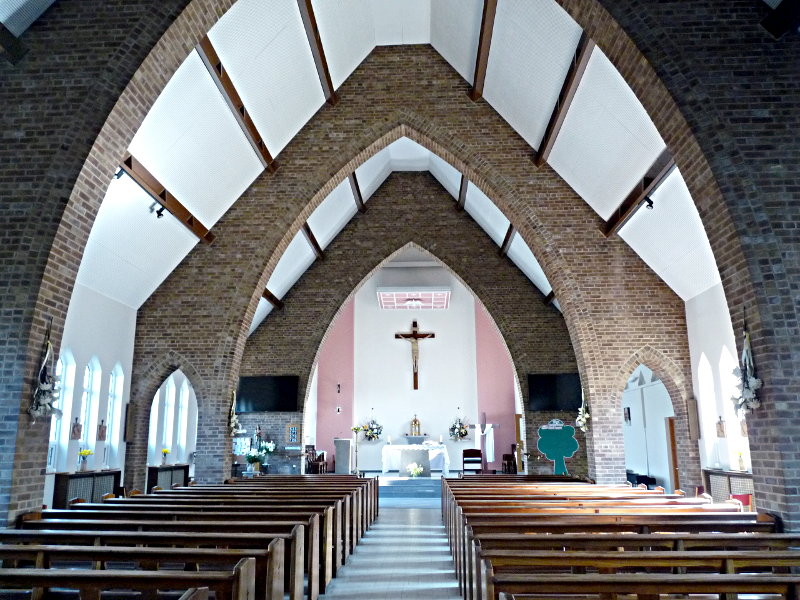 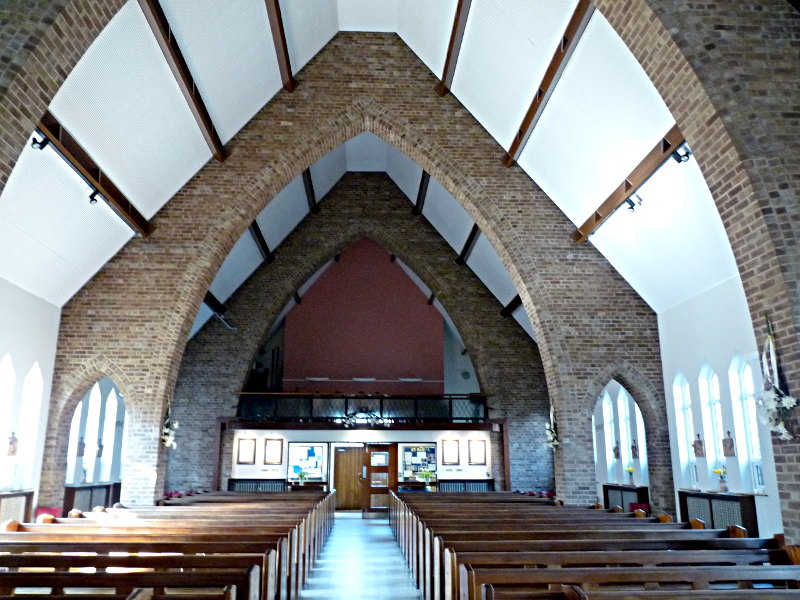 Until a chapel was built here in 1836, the faithful of the district generally went to Mass at Stonyhurst, "crossing the Ribble by ferry boat. In times of flood, when the river was impassible and very dangerous, the Catholics would meet at a farm-house in Dinckley, where prayers were said by the farmer, Mr. Craven, known to the people as the "Dinckley priest." Before Mass was said in the area, Sunday school and prayers were supervised by some from the College, who went to the farm-house.

From 1836 to 1917 the mission was served by the Jesuit Fathers residing at Stonyhurst. A long list of these has been published in the excellent history of the parish, published in 1936 by Miss Madge Wilkinson. The longest period of labour for this mission was the 43 years' service of the Rev. James Pinnington (1874-1917). Fr. Robert Walmsley was the first resident priest, from 1917 to 1930, when he retired through illness and died the next year. His place was taken by Fr. John Geoghegan, the present Rector. The chapel was extended by Fr. Pinnington about 1875, A full account of the extraordinary 85 years of Fr. Pinnington's life is given in the above-named history. Nearly all his life he was identified with Stonyhurst and the countryside around it as priest, farmer, Justice of the Peace, Chairman of the Clitheroe Rural District Council, etc. His tall top-hatted figure became a legend in the countryside. He built a fine new school for the parish at Langho. According to all accounts, he remained active until his death.

The following extract from the parish history shows the pleasant relationship between the parish and the unordained clerics of Stony-hurst during a long period of years:

For many years two students came to the Chapel each Sunday afternoon from the Seminary which was then St. Mary's Hall. One catechised the children in the old school, whilst the other practised a sermon in the church. They were always very popular and were styled "the gentlemen". Many parishioners are proud of the fact that they were instructed as children by Archbishop Goodier, S.J. They also have very happy memories of their association with Stonyhurst, particularly treasuring the memory of their Confirmation Day at the College. Some say they walked, and relate how a thunderstorm drenched them at Dinckley; others that they had a wagonette ride by Whalley and describe the preparations for entering church made under the "big tree". This connection with Stonyhurst was severed in July I917.

The parish has given several of its sons to the priesthood, even during the days of persecution. In modern times the most notable have been Bishop Richard Sykes, S.J., Prefect Apostolic of the Zambesi, and Fr. Thomas Slater, S.J., author of well-known books of Moral Theology. Priests from the district in penal times were: Rev. Edward Bradyll of Brockhole, Billington, ordained at Rheims in 1587, died 1631. Rev. Thomas Talbot, S.J., of Carr Hall, Wilpshire, born 1572; worked in England from 1615 and in Lancashire from 1642 till 1652. Rev. William Talbot, S.J., brother of the above, born 1596. He lived a long time abroad as a Jesuit; he was in England from 1642 to 1660, the year of his death. Rev, John Talbot, O.S.F., of the Salesbury and Dinckley Hall branch of the Talbots. He died in 1668.