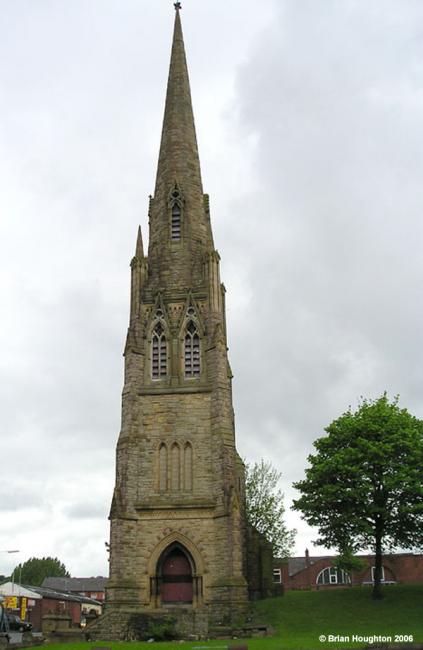 The first Chapel Street Church was built in a field called Ryecroft adjoining the Bull Meadow (now Freckleton St).The land belonged to John Sudell(uncle of Henry Sudell, who built Woodfold Hall), and he received £6 a year groundrent. In 1872 it was damaged by fire and had to be demolished and rebuilt. The church members celebrated the Centenary of the second church in 1974 and the church closed the following year. Several of the deacons' minute books, a year book and a Bazaar book have been deposited in the Museum. Sadly, all that remains of the church is the spire.