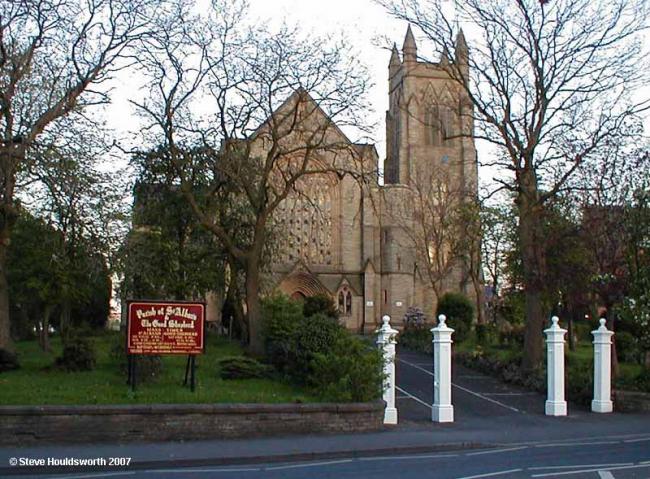 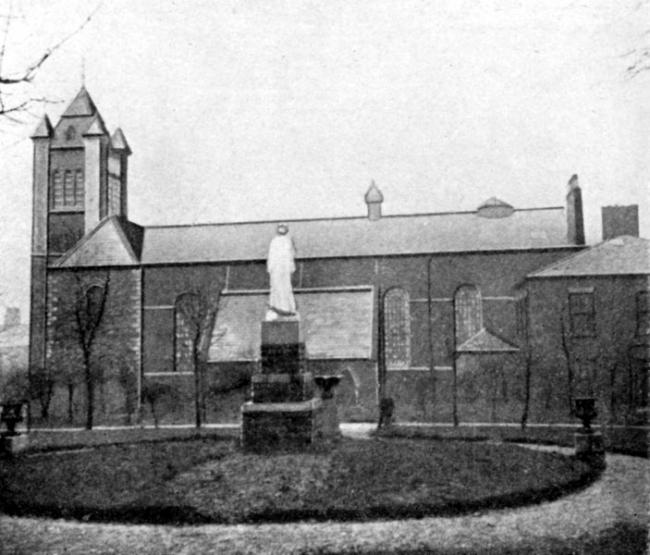 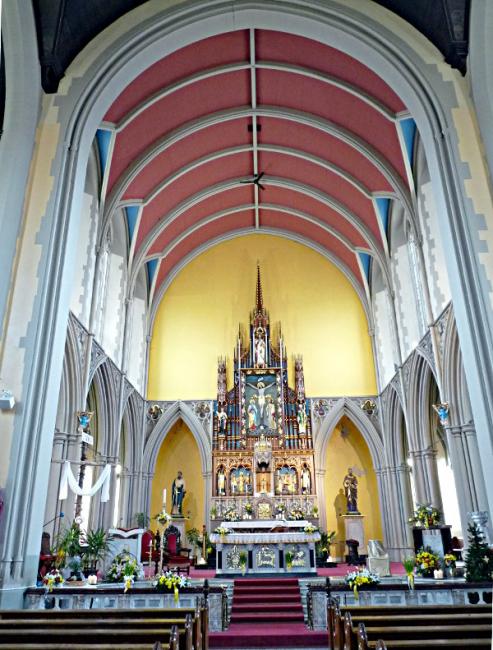 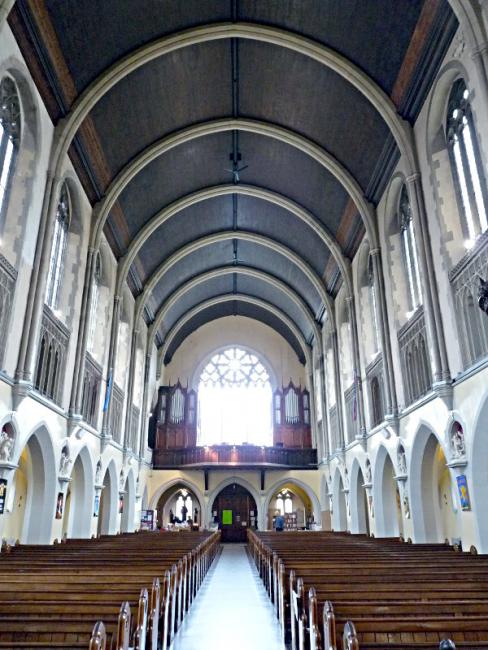 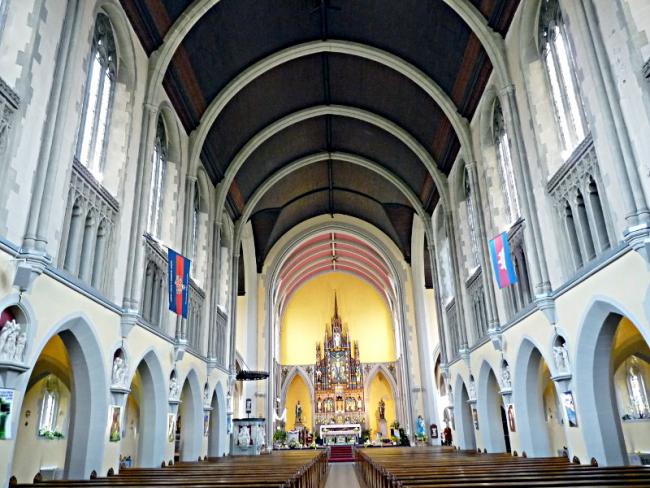 Although there were no secret chapels for Mass in Blackburn itself, the Catholics of the town could find a priest some distance away. In 1709, when Bishop Smith was confirming at Lower Hall, Samlesbury, many of the Blackburn Catholics are said to have walked out in large numbers to meet him. Other priests nearby were at Showley Hall on the way to Ribchester or at Dunkenhalgh on the way to Burnley. The distance was no obstacle to the Catholics of those days.

Before the first resident priest came to Blackburn in 1781, Mass was sometimes said at the house of the Anderton family in Wensley Fold. The Andertons built and owned the first cotton factory in Blackburn.

From 1773 there was Mass once a month in a small chapel contrived in a house in Old Chapel Street, near Penny Street. Then in 1780 a Mrs. Mary Hodgson of Little Plumpton left £400 to build a chapel. This was opened near to the former chapel and was served from 1781 by Fr. William Dunn, D.D. At this time there were less than 1,000 Catholics. Fr. Dunn laboured amongst them until his sudden death while saying Mass in 1805. He was buried under the altar.

For a short time the congregation were again without a priest, but in 1806 Fr. Fletcher was appointed temporarily, and in 1807 Father Sherbourne, who stayed in the parish until his death in 1813. A Vice-President of Ushaw College, Fr. Abbott, was Rector until 1819, trying to attend to an ever-increasing parish.

Great changes were made by Father J. Sharples, afterwards Bishop, who was appointed in 1819. He at once determined to build a new and larger church. A site at Larkhill of over 5 acres was purchased in 1823. One of the trustees of the purchase deed was the famous and highly respected Dr. John Lingard, the great historian. Work on the new church began in 1824 and was finished in 1826; it was a large and plain, but dignified brick edifice.

An example of the bigotry of the times is recorded in an account of the Rectory attached to St. Alban's. Fr. Sharples had placed a brass plate on the door with the word Rectory on it. This seems to have caused anti-Catholic manifestations, and the men of the parish were obliged to have patrols to stop damage being done. A question was asked in Parliament about the lawfulness of exhibiting such a sign, but a favourable answer was given, and the plate remained until the Rectory was demolished in 1890.

Until 1854, the land round the church was used as a graveyard. An old bell, still preserved, was placed in front of the church and rung each day for the Angelus.

Fr. Peter Kaye became Rector in 1843. He brought the Notre Dame sisters to Blackburn to help with education. The site for St. Anne's was purchased by him an 1846. He died in 1856, aged only 53, and is said to be buried at St. Alban's although the graveyard had been closed.

Fr. Irving came here from Osbaldeston. He became a Canon of the diocese. The present boys' school was built by him, and he erected a new chapel of the dead. St. Mary's parish was begun by him. He died in 1867, aged 58.

Father Parker, later Canon, who now became Rector, had served for a long time as curate. He was able to lay the foundation of St. Joseph's parish in 1870. Canon Parker died in 1884.

The next Rector, Dean John Newton, was anxious to make St. Alban's one of the finest churches in the diocese. It has been thought that this great church would one day become a cathedral in a new diocese. A beginning was made in 1890 when the clergy went to live at 24 Lingard Terrace, in a house that belonged to the Polding Family, leaving the old Rectory to be pulled down during the extensions.

However, Dean Newton did not live to see the change, as he died in 1896. His successor, Canon Peter Lonsdale, undertook the heavy task of pulling down the old and building anew. The demolition began in May 1898, and Mass was said in the Hall. The new church was not opened until December 8, 1901. It is one of the most spacious and dignified churches in the diocese; its chief rivals belong to the Religious Orders. Canon Lonsdale died here in 1915. His successor was the retired missionary Bishop, Dr. Henry Hanlon. One of Dr. Hanlon's achievements was to raise over £25,000 to reduce the great debt on the parish. He was a prominent figure in the town and served on many committees. Ill health forced his retirement in 1934.

Since then the parish has had two active Rectors, Dean Moylan and Canon McEnery.