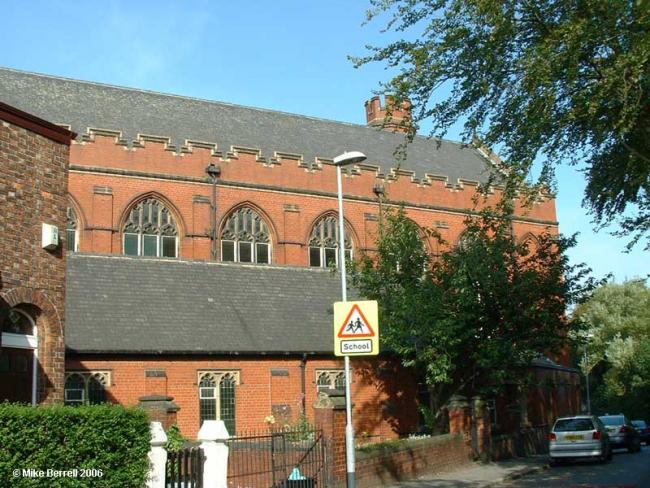 This fine parish began in a humble way in 1851 so that it is almost as old as Salford Diocese. A mission was first opened by Fr. Hubbard, followed in 1853 by Fr. Donovan. A suitable chapel was opened in 1855 by Fr. Peter Dillon. For a number of years the mission was looked after by a great number of priests-Fr. Peter Vermeulen, Provost Croskell, Fr. E. Goetgeluck, Fr. R. Liptrott, who died when Rector of Mount Carmel, Salford (1878), Fr. T. Billington, and Fr. P. Vermeulen a second time. For eleven years, until his death in 1898, the mission was fostered by Fr. Peter Schuster, a refugee from Bismarck's persecution of the Church in Germany. Fr. Schuster was ordained in Belgium for the Salford Diocese in 1877, after studying at the American College, Louvain. Most of his priestly life was spent at St. Anne's, Ancoats, and at Blackley.

The builder of Mount Carmel parish as we know it to-day was chiefly Fr. Robert Hayes, who was here from 1898 to his death in 1926. During his long period of office he built the new church, schools and presbytery. His vigorous personality and forthright ways helped to establish Mount Carmel as a parish with a spirit of robust Catholicity. He never recovered fully from a serious injury caused by falling from a high ladder in 1911.

Fr. James Corkery was Rector for a short period and, from 1931, after an interval when the parish was administered by the assistant clergy, Father Frederick Kershaw was nominated. He proceeded to make the parish famous throughout the diocese by editing The Harvest for a long period from here. The present editor, Fr. Stephen Delany, was for a number of years an assistant priest at Mount Carmel, and obviously trained there or was incubated for journalism. He has written with affection about Mount Carmel in an old number of The Harvest from which we glean certain items.

The 53rd Manchester Scout Troop formed here in 1909 by Fr. W. Aspinall claims to be the first Catholic troop ever founded.

The first fourteen years of this century saw a magnificent Whit Friday procession for over two miles, when the parish turned out in force as an act of faith. Since that time three new parishes have reduced the numbers of those days-Moston, 1911; Crumpsall, 1917; St. Clare's, 1928.

The 53rd Scout Troop were 81 in number when war came in 1914. 76 joined the colours and of these 35 were wounded, of whom 12 made the supreme sacrifice and 3 died prematurately; 10 were decorated for gallantry. This is a record of which the parish may well be proud. Two former Scout Masters became priests-Fr. Oswald Brittorous of the Order of Preachers, and Fr. D. Havekin, who became a Capuchin.

The parish had the joy of seeing its church consecrated on July 16th, 1945.