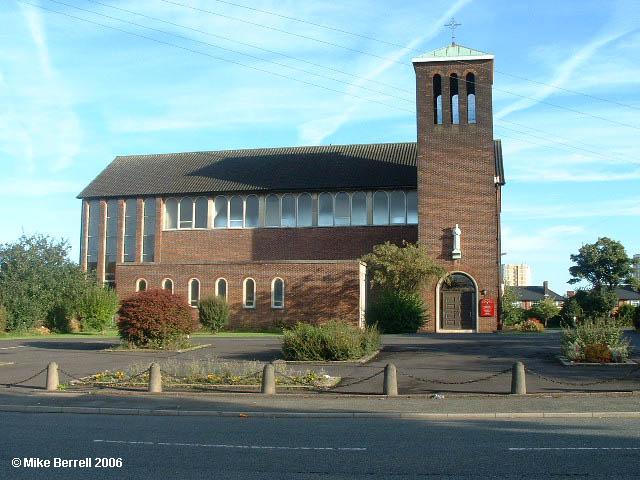 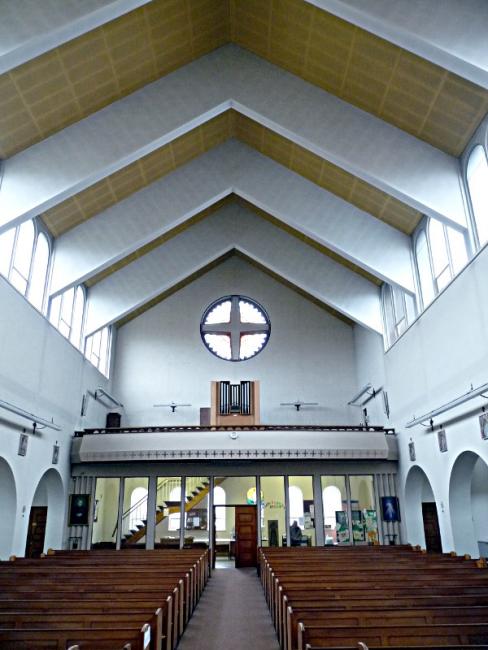 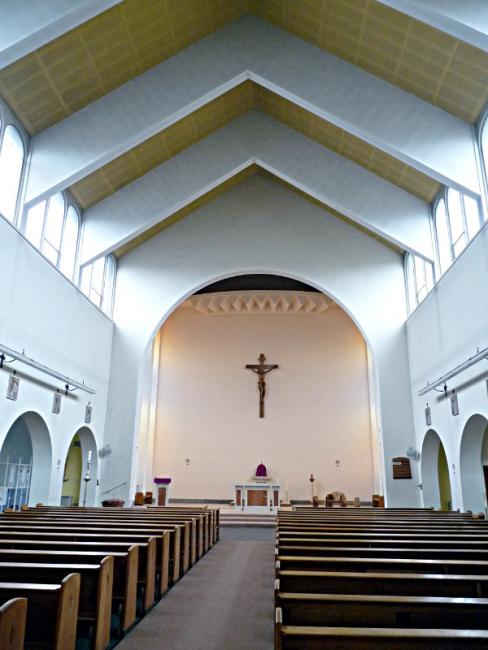 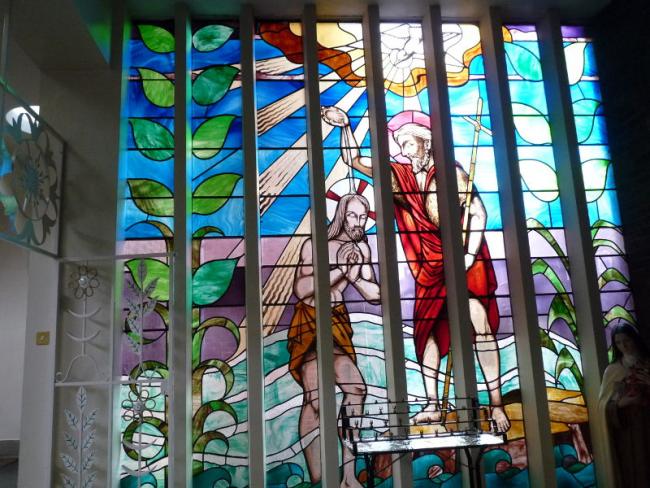 It was founded in 1940. It opened on 6 February 1940. The current church opened on 26 January 1960. The original wooden/tin church hall stood to the immediate right of the picture of the present building. It was presumably the original church. It was certainly pre WW2 and was used for film shows, etc prior to being demolished circa 1968.

The new parish, opened here in 1940, was first styled "White Moss," Blackley - perhaps a reference to the cotton grass that used to cover the moors between Manchester and Oldham. The parish was developed by Fr. Luke Farrelly, assisted by a fine body of Catholics.