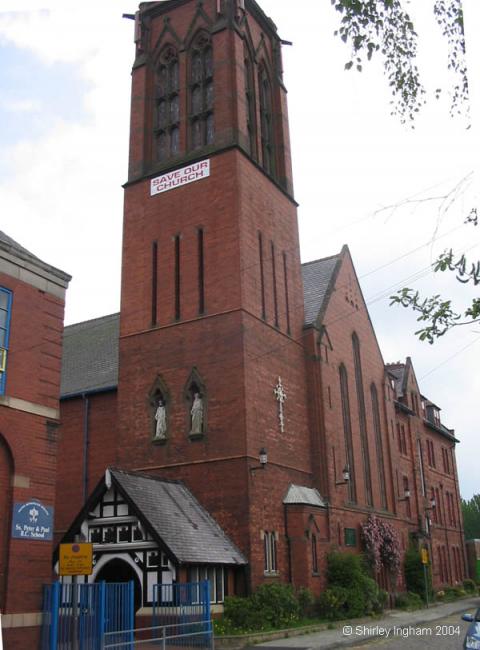 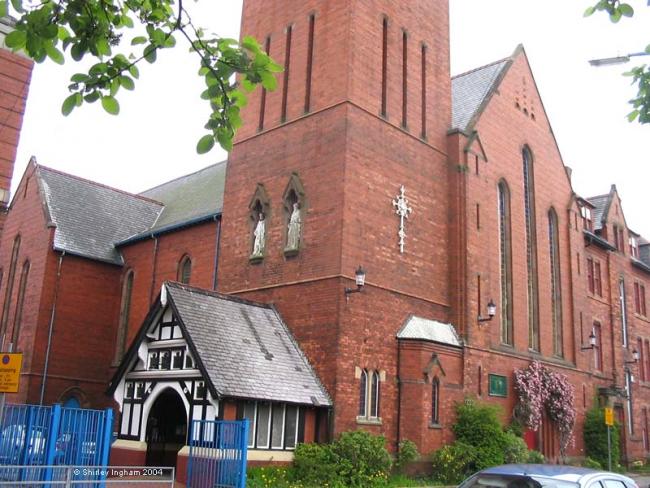 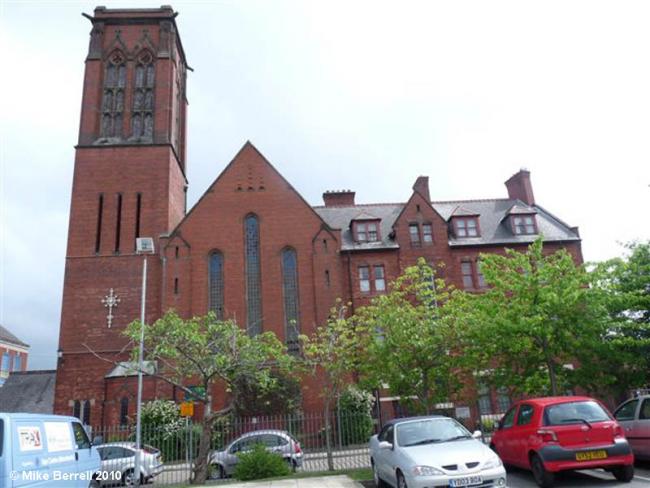 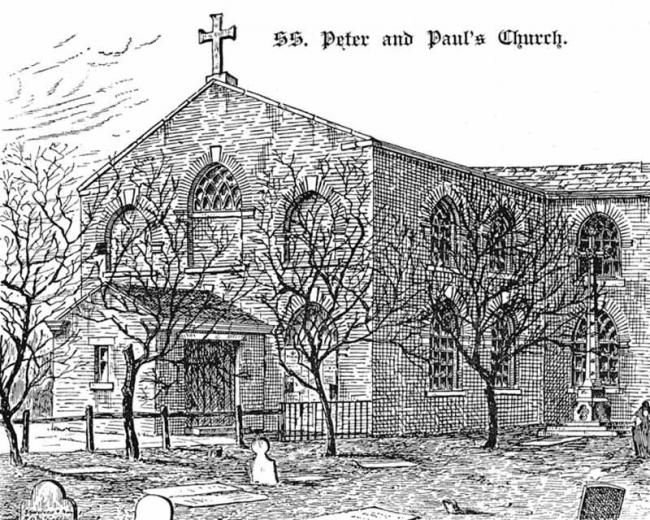 The oldest church here was built in 1800 by Father James Shepherd, a convert. Curiously enough, the present church, opened in 1897, was built by Canon Charles Wood, also a convert. Father Shepherd's brother was the Vicar of Bolton from 1804, and there were long controversies in the local newspapers, between the two. A good portrait of Father Shepherd is preserved in the presbytery. In 1826 the mission was served by Father Anderton. His first curate was Father William Glassbrook, formerly S.J., who died of typhus fever contracted in the course of his duties. Father Robert Turpin, who built the Scorton mission, was here for a time. Father Turpin had been at Oldham, where he received two distinguished converts, Mr. and Mrs. Bullman, who did great work for the church in Oldham. Father John Glover was here from 1837. Father Glover was something of a Samson physically and thought nothing of walking all the way to Manchester for the monthly Clergy Conference, and then all the way back after dinner. In his day there was only one Clergy Conference for the whole of East Lancashire. Father John Dowdall who became a "Martyr of Charity" was Rector from 1840 to 1848. Then followed Canon Edmund Carter, a native of Samlesbury, who helped to build up the parish during the long period until his death in 1875. When the Liverpool fever was at its height, and many priests had died there, Father Carter offered his services in order to look after the sick and dying. He was therefore sent to St. Patrick's, Liverpool, where he spent the whole of the day, and much of the night, in going from house to house administering the sacraments to the dying, and preparing them for death. He himself contracted the fever, but eventually recovered in order to do work for God at Bolton. He founded many parishes. None of his four immediate successors was able to set about the work of building, mainly because of ill-health: Fr. Thomas Billington; Canon Henry Browne, who retired from ill-health in 1885; Canon John Gornall only remained two years until his premature death; and Fr. Thomas Allen from 1888 to 1892. Canon Charles Wood did great work for church and schools during his life in the parish from 1892 to 1901. During the early part of this century the parish knew the friendly administration of Canon Holmes. Parish priests in more recent years have been Fr. W. Leighton, Dean John Mills, and Dean Bernard Slevin.

Taken from 'Salford Diocese and its Catholic past', a survey by Charles A. Bolton, a Priest of the above Diocese. Published 1950 on the First Centenary for the Diocese of Salford.

The information in the above quote that the first priest, Father Shepherd, was a convert is incorrect. This mistake could have arisen because his mother was not a Catholic at the time of his birth, but she converted to Catholicism before her death. In fact Joseph Ratchliffe Shepherd was a Catholic and was educated at St. Alban's English College in Valladolid, Spain from the age of 12.