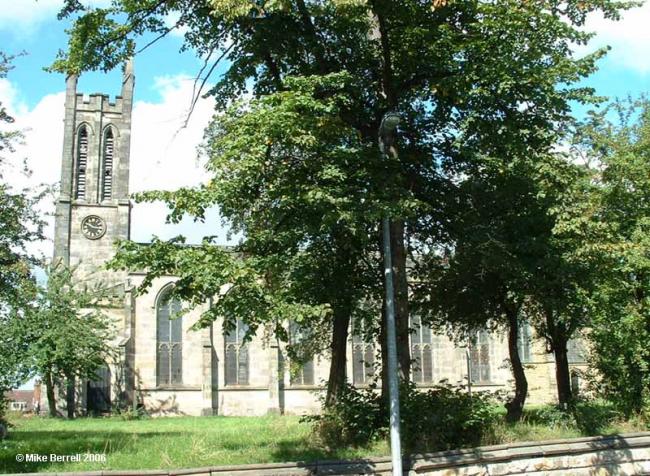 From 1800-1830, the population of Broughton grew from approximately 300 to 1600, establishing the need for a parish church. St. John the Evangelist Church was commissioned by Rev. John Clowes in 1835 and opened "for divine service" in 1838.

The building was designed by Richard Lane, one of Manchester's most prominent Victorian architects and founding president of the Manchester Architectural Society. The 1000-seat building also featured stained glass windows designed by Pugin, an iconic British architect associated with Gothic Revival movement.

Over the following decades, the population of Broughton continue to grow, reaching approximately 31,500 by 1881. As a result, four smaller "daughter churches" were built in the area, maintaining St. Johns Church as the central church in the community. However, by the mid 20th century, the fate of the building had changed.

As Broughton evolved from a thriving suburb to an area of increasing deprivation, congregation numbers dwindled and the building began to fall into disrepair.

In 1986, the vicar of the church applied to have the building pulled down and a number of plans were devised in attempt to breathe life back into St. Johns Church. One plan involved the removal of many of the pews, converting the building to a "community centre-cum chapel". A later plan proposed that two-thirds of the building be converted into a dozen flats for the elderly and maintain a dual use. The struggle faced by the church and its community is aptly described by Rev. Don McPhee in an article for the Guardian in 1984:

"The church itself, faced with a bill of £40,000 if dry rot is to be cured, will close. Another inner city parish bites the dust. This parish priest can hardly conceal his anguish and guilt. I am sure that he feels like a nurse looking after a terminally ill cancer patient. She does everything she can to help and make her patient comfortable, in hope that the sick person might last long enough to see a cure developed. Somewhere, somehow, a cure has to be found. Until then we carry on in faith and hope, as best we can, until the patient dies or a cure is found."