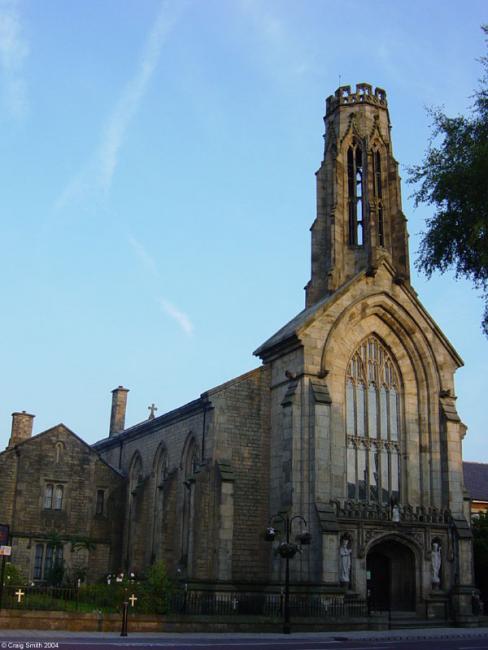 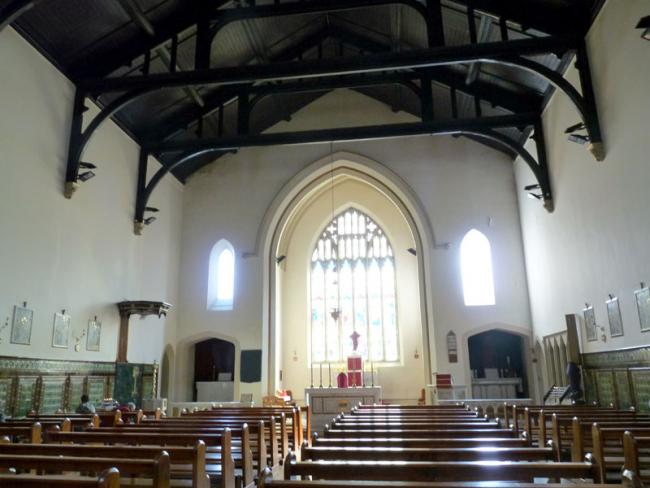 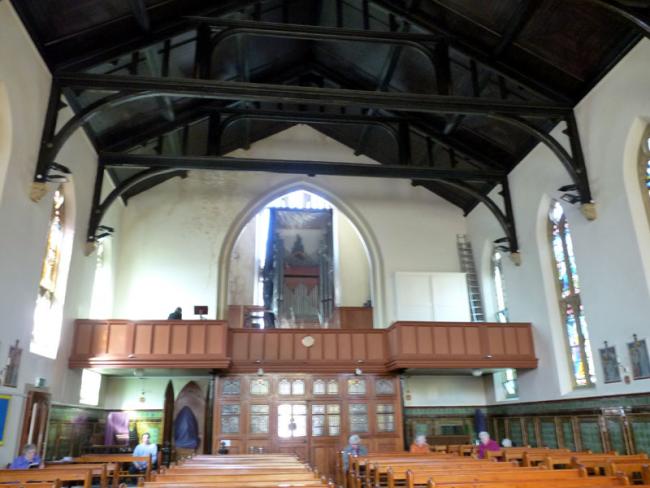 Before 1825 the Catholics of Bury were looked after by the priest at Rochdale. In that year the Rev. Michael Trappes obtained a room in Clerke Street where Mass was said. The following year, Fr. William Turner took over the chapel from Rochdale, and in 1832 was succeeded by Fr. Walmsley, who moved to larger premises, in Henry Street, although the place was little better than a warehouse. The first resident priest was Fr. Peacock, who was to look after Bury, Heywood, Radcliffe, Elton, and Tottington. A fine, devotional church was opened in 1842, substantially the building standing today. When Fr. Peacock retired, he was succeeded at short intervals by Fr. Allen and Fr. Rimmer. Canon James Boardman was able to foster the growth of the parish during his long residence from 1852 till his death in 1880. In 1861 he laid the foundations of a new parish in Moorgate by purchasing an old marine stores known as "the old rag shop" in Walmersley Road. This was the founda tion of St. Joseph's. Fr. Michael Byrne became Rector in 1880. On his death in 1898 Fr. David Walshe succeeded. From 1906 to 1913 the parish was under the guidance of the Very Rev. Dean David Power, who had the task of providing new schools. When he left for Blackburn, his assistant, Fr. P. Keighley, became administrator and later Rector. Dean Keighley was knocked down by a non-stop motorist, whilst returning from a sick-call on the night of March 16th, 1934. The next parish priest was Fr. A. P. Keegan, whoretired in 1940. Then came Fr. William Dorran, who had been parish priest at Mossley. He was made a member of the Diocesan Chapter in August 1948. In 1949 the church was now clear of debt and was consecrated by Bishop Marshall in October of that year. Dean Dorran went to Colne in 1950.