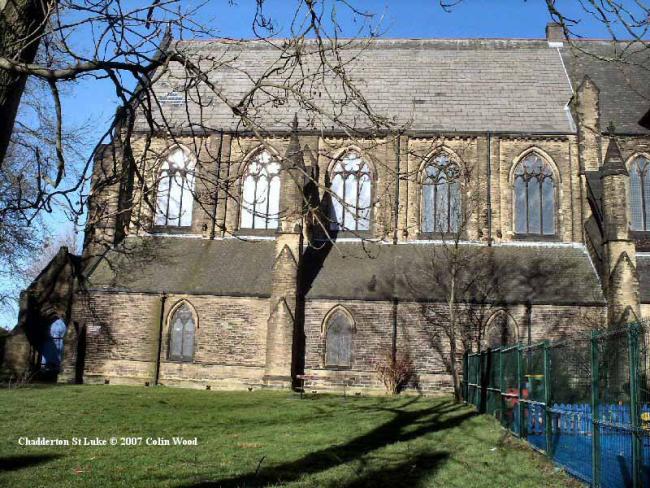 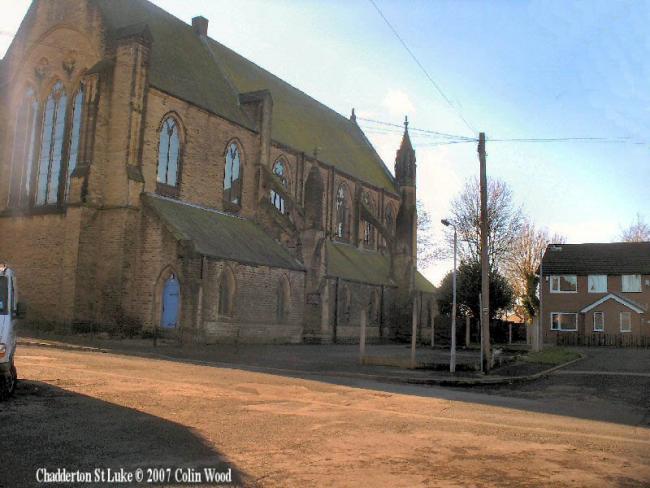 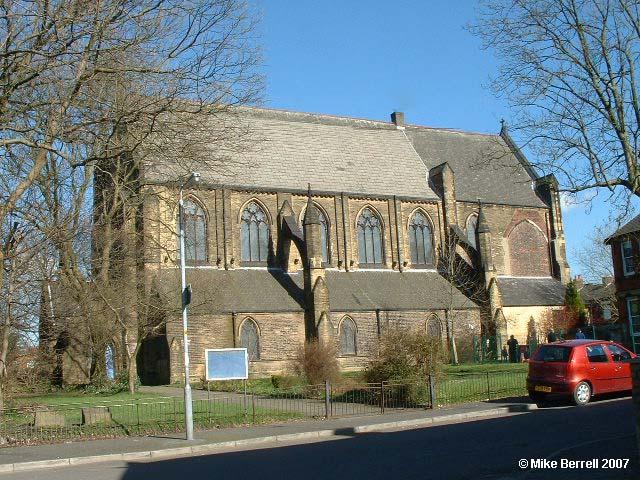 The parish was created an ecclesistical conventional district in 1875. Land was given by the Hamilton Family of Springbank, Chadderton for the building of a new Church. The foundation stone was laid 2nd November 1882 Church (incomplete) 16th November 1888. It was intended that the Church should have a Tower & Spire reaching a height of 183ft and an octagonal shaped Choir Vestry & Library both of which were never built due to lack of funds. There were also plans for a large Organ Chamber high up on the south side of the Chancel which was also never built although a large stone arch gives an indication as to its position and size.