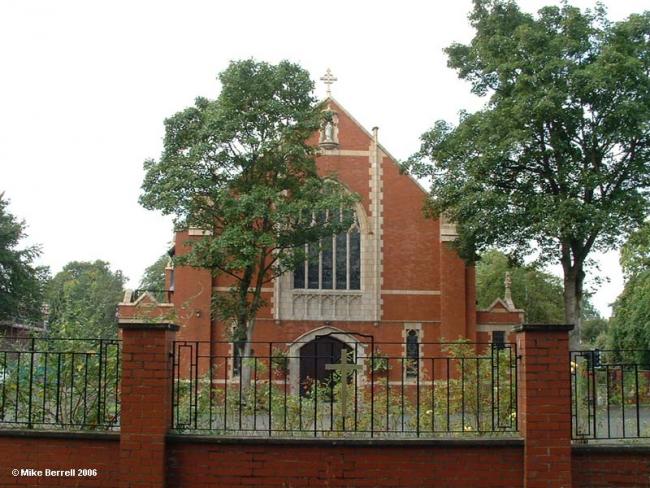 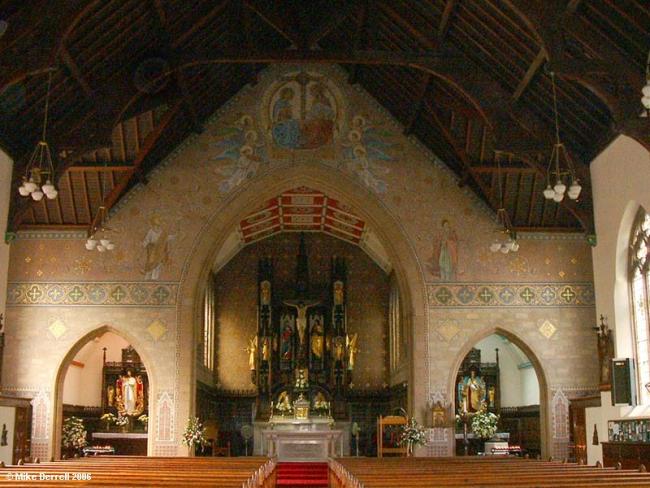 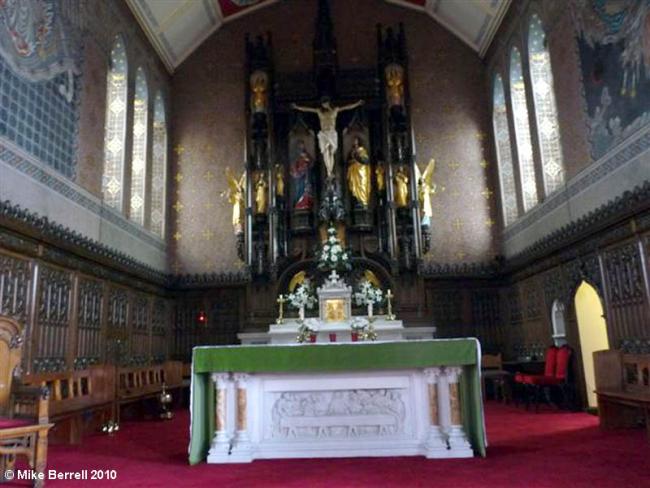 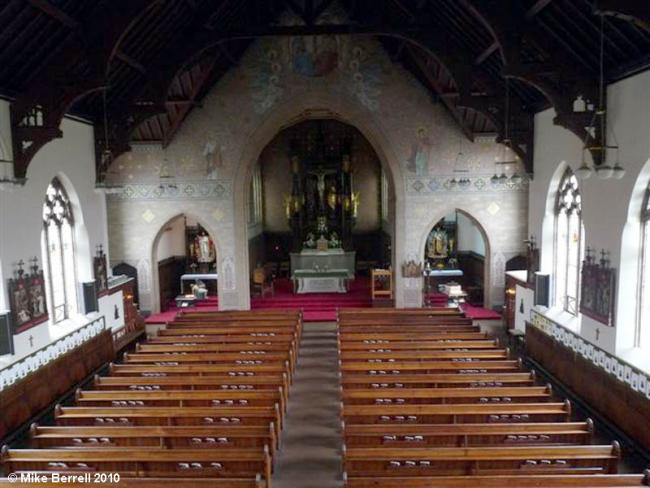 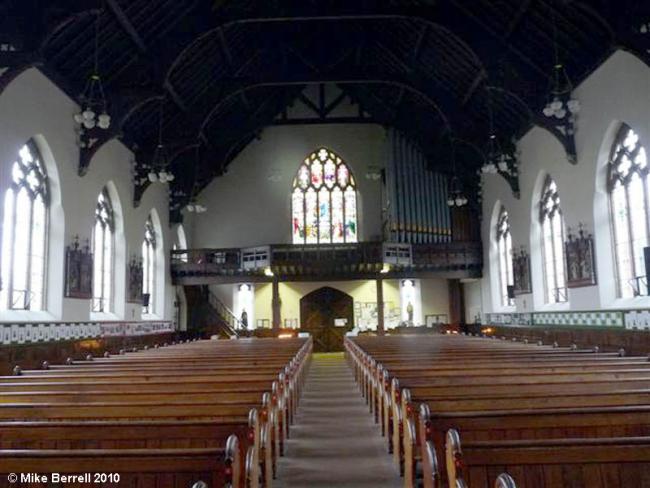 The first mission was commenced here in 1892, at a chapel dedicated to St. Peter, in Barlow Moor Road. Father Jerome Vaughan was in charge until 1896. Then for a period, Fr. Paul Dootson took over the chapel.

Father Frederick Pozzi Holt, a priest well-known to many of the present generation because of his long life, established the mission of St. Augustine's in High Lane. He worked here until 1916, when Mgr. Joseph Kelly was appointed.

Largely through the generosity of the John Leeming family, the parish saw the building of a new church in 1927. The parish changed the name of its patron when the new church was built, assuming the name of St. John's, no doubt as a tribute to the John Leeming family. The change of name brought certain practical compensations because confusion had been often arising between St. Augustine's, Chorlton-on-Medlock, and St. Augustine's, Chorlton-cum-Hardy.

The church is beautifully ornamented with Tyrolese wood-carvings in the choir and sanctuary. Although modest and practical as a building, the church has a pleasant devotional atmosphere.

Father Edward McGuinness was parish priest until 1946, and then Father William Sewell came here from his long and distinguished career as Chaplain to the Diocesan Rescue Society. St. John's helped to found the new parishes of St. Teresa's, Firswood, and St. Ambrose, West Didsbury.