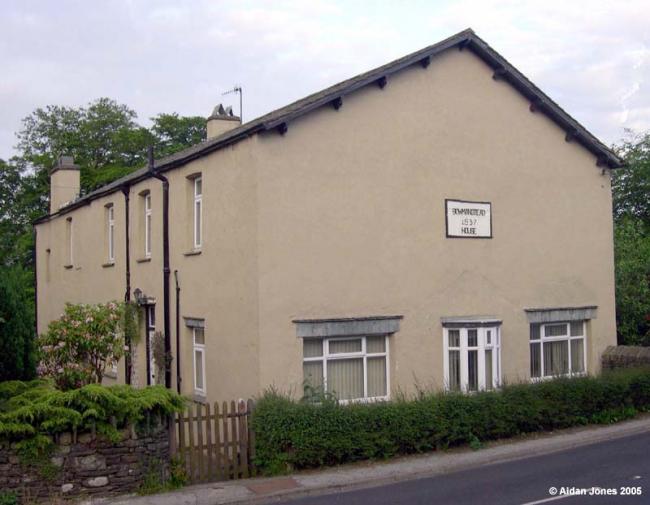 Regular meetings at Coniston were established around 1895, when Mr George Fleming and Mrs Hannah Fleming (previously the choirmaster and the organist at the parish church) were converted at a tent meeting in Yewdale Road. This had been addressed by a Mr Farrell from Workington. The Coniston brethren were to meet for some years in the former Baptist chapel, until eventually a Baptist congregation was revived in about 1903. The brethren then transferred to a house at Yewdale Bridge and subsequently to rooms within Fern Lea, Lake Road. Finally, they used a converted shippon at Dixon Ground, which remained until the cessation of their meetings in 1972.

DRAFT APPLICATION made to Charity Commissioners by "persons interested in the administration of the charity consisting of a chapel at Bowmanstead in the parish of Church Coniston in the County of Lancaster formerly used by a Congregation of Particular Baptists ... the charity was created by an Indenture dated the 25 July 1842 ... the Congregation holding the doctrines aforesaid has been totally dissolved and the Chapel ceased to be used as a Baptist place of worship about six years ago. It has since been used as a place of Worship by the Plymouth Brethren and in pursuance of the provision in the Trust Deed ... the Managers have agreed to sell the same to Mr George Fleming of High Dixon Ground, Coniston. It is the intention of Mr George Fleming to use the premises as a place of Worship for the present Congregation of Plymouth Brethren.