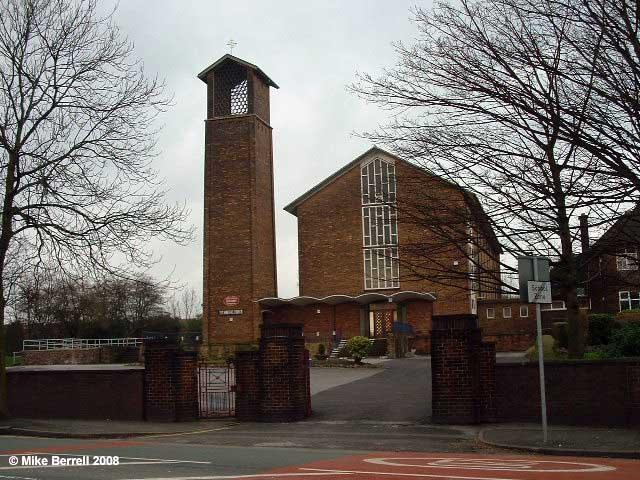 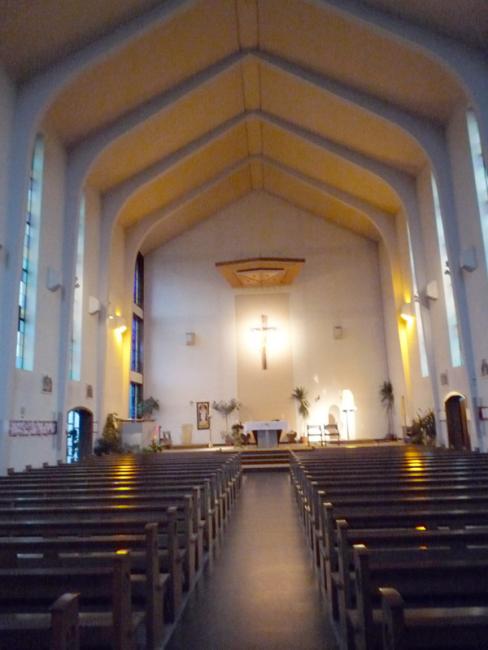 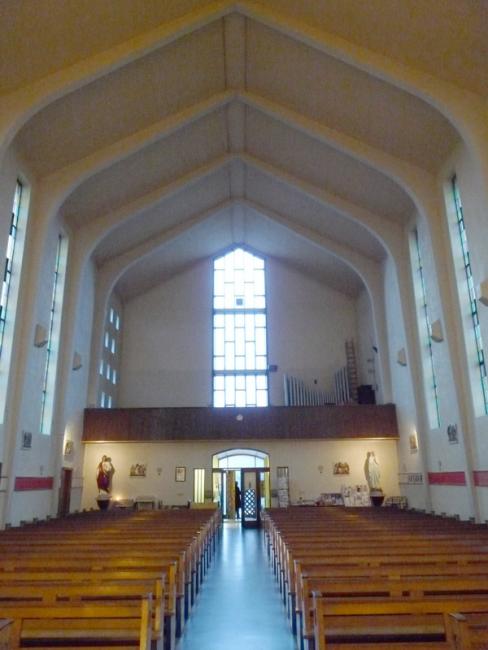 Already in 1908, Fr. William Aspinall, then a curate at Mount Carmel, Blackley, had pointed out to the Bishop that a new parish should be formed in Crumpsall. However, it was not until 1917, that he was called upon to undertake the task of building schools, church, and house. In 1918, he was fortunate in acquiring a fine Georgian house which would serve as a school and chapel.

The new parish had been formed from St. Chad's, St. Thomas's, and Mount Carmel. Until comparatively recent years, the area had been rural and residential, but new housing estates soon transformed it, and the number of Catholics was increasing.

The school was opened early in 1920, with 85 scholars. Then the next year, an asbestos temporary church was set up, designed to accommodate 350 people. It cost no less than £2,828. A house was acquired in Crescent Road as the presbytery, and a new presbytery was built in 1927. A crippling debt was thrust upon the parish in 1931, when Crescent Avenue was drained and paved.

In 1932, Father Aspinall received the dignity of Monsignor, in recognition of his long period of assistance to the Catholic Truth Society, as secretary.

The parish has a strong social life and regularly celebrates its birthdays as family affairs.