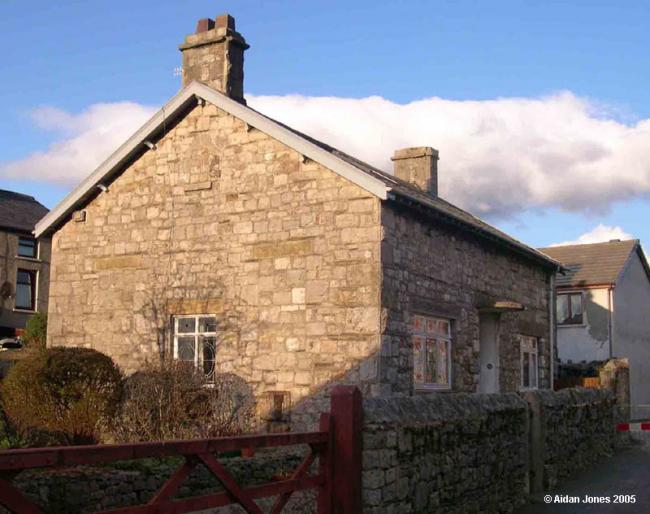 The Victoria County History of Lancashire (vol viii page 318) mentions a Welsh Presbyterian (Calvinist) congregation existing in Dalton prior to the establishment of their chapel in Barrow in 1863.

The Dalton congregation met (at least after the first few years) in the Old Grammar School, Beckside Road. The same building had also been formerly used by the Congregationalist and the Bible Christian members, prior to the completion of their own chapels in the town. Slater's Directory of 1869 states that Dalton's Free Grammar School was founded in 1622.

Bulmer's Directory of Furness & Cartmel, c1911 (p. 262), alleges that "in the old Grammar School, Beckside Road, the Welsh Calvinists hold their services. They are also establishing themselves at Barrow, Millom, and other places in the district, and providing for the Welsh people who desire to worship in their native tongue" (Welsh Minister, Rev. Robert Parry Jones). [We think they were actually virtually defunct in Barrow by that date.]

Kelly's Directory of Lancashire 1924 still refers to the Calvinistic Methodist (Welsh) Chapel in Dalton, although if it was still functioning, it apparently had no regular minister. The final mention in the Furness Year Book was in 1928, after which the building was used briefly for Spiritualist meetings.

The church which remains to be noticed is that of the Welsh Calvinists, which holds its Sunday school and preaching services in the old Grammar School. It was established July, 1874.

The building is today converted into a private house, virtually unrecognisable as a former chapel. It bears a modern inscription 'The Old Grammar School, 1746'.