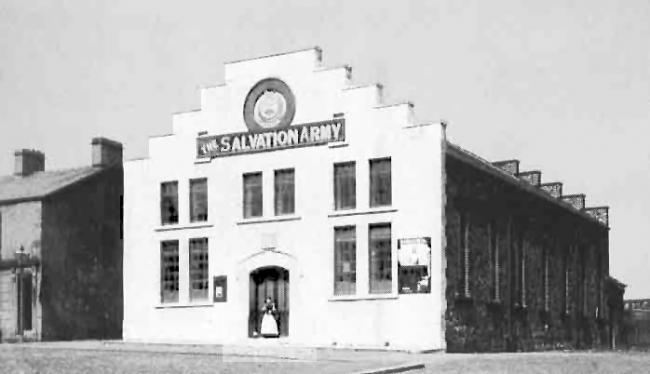 A Salvation Army corps was established and the building opened in 1881. Closed 1940, although the few remaining members of the corps continued to meet at a nearby shop until about 1951. The building was subsequently used as a wartime pay office, a bakery and a factory, but its final demolition was decided in November 2001.