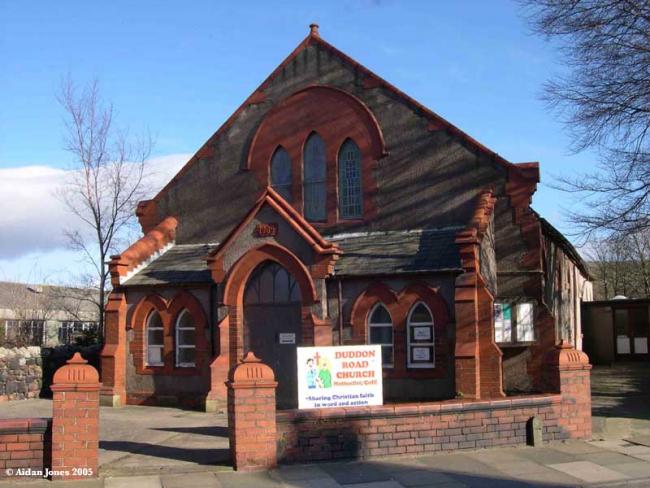 It was founded in 1870. The former church, on a nearby site, was built by the Wesleyan Methodists in 1870. The present building of 1909-10 was originally intended to seat 280 people. The building is now shared with the Church of England.