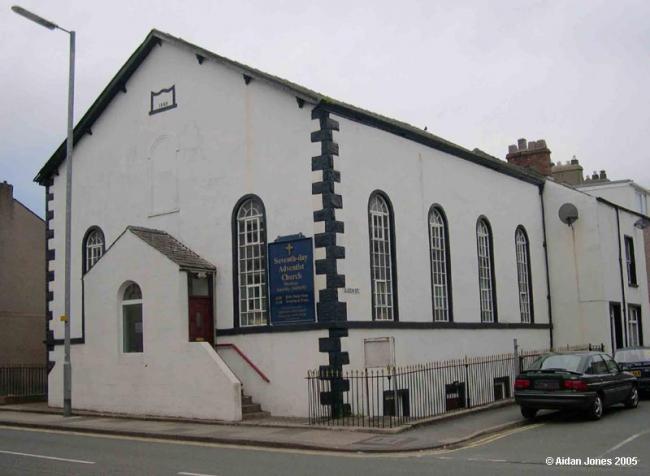 The Dalton Primitive Methodists began meeting in a private house in the early 1860s, moving shortly afterwards to the former building in Skelgate which had been vacated by the Wesleyans (q.v.) around 1864. Their own new Ulverston Road PM chapel opened in about 1868, but it soon proved too small. The congregation moved to more convenient new premises in Cleator Street in 1883.

Their former building in Ulverston Road was initially left as a hall, but during the 20th century it was used for worship by a Church of Christ congregation (c1891-c1960s).

The building is now used by Seventh-Day Adventists.

In 1862, six years before, the Primitive Methodists began to hold regular services in a room of the old building belonging to the Co-operative Society in Mid-Wellington Street. In 1864 they occupied the old chapel in Skelgate, vacated by the Wesleyans. Three years later the Rev. Thos. Brodie became their minister, and the following year the present Primitive Methodist chapel in Ulverston Road was completed.