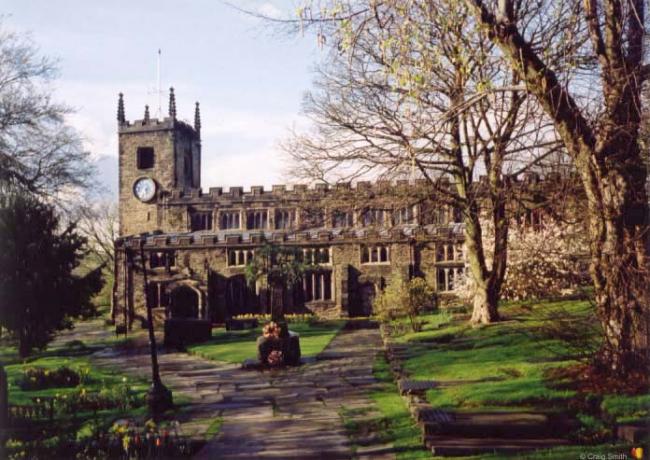 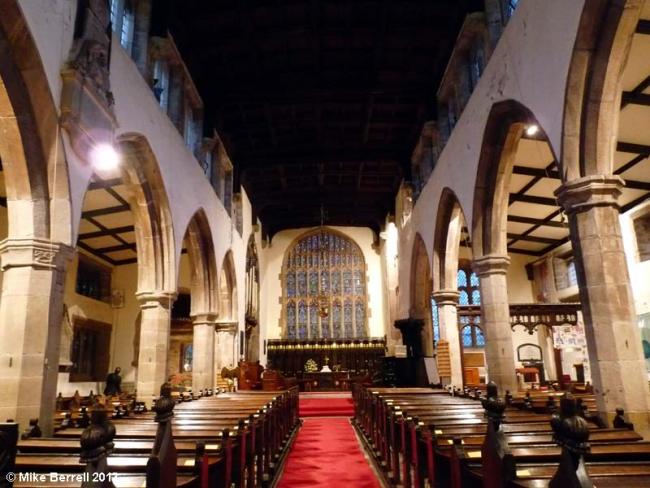 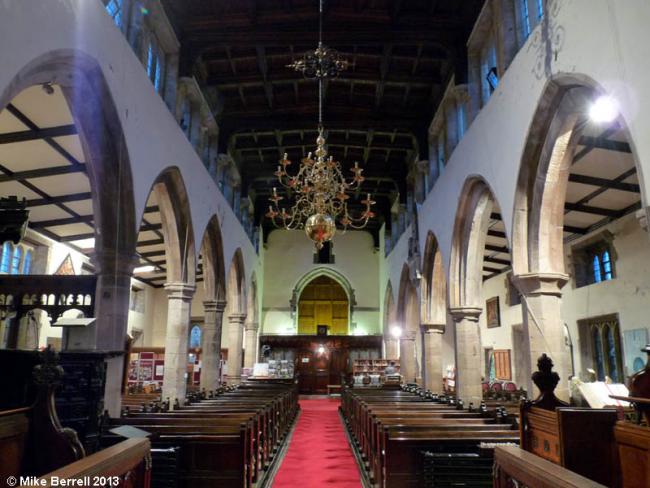 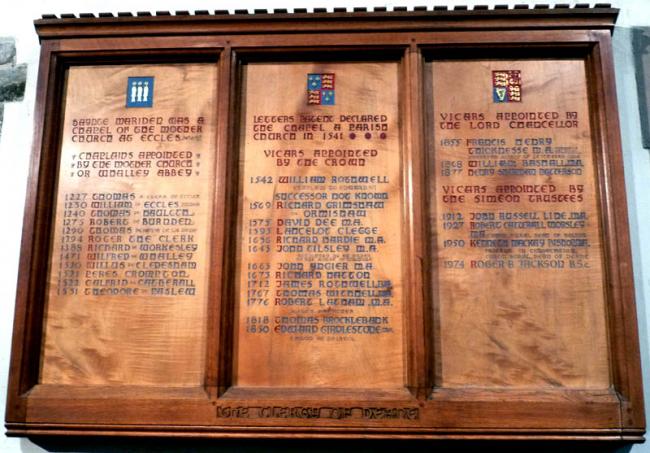 The church has a graveyard. The monumental inscriptions have been recorded and published by the Manchester & Lancashire Family History Society.

The church of St. Mary, situated on a declivity and built in the year 1250, enlarged in 1831 and restored in 1884, is an edifice of stone in the Early English style, consisting of chancel, nave, aisles and a western tower with four pinnacles, containing a clock and 6 bells, rehung in 1873: the interior is fitted with old-fashioned oak pews, and has a handsome pulpit of oak: there are several stained windows, and a fine timber roof, dated 1570; in the churchyard is a large yew tree: there are sittings for 800, all of which are free. The register dates from the year 1673. The previous registers are at Chester. The living is a dischaged vicarage, net yearly value £340, including 50 acres of glebe, with residence, in the gift of Simeon's trustees, and held since 1877 by the Rev. Henry Sheridan Patterson. The charities are of about £40 yearly value. George Marsh, a Protestant, who gave himself up at Smithills Hall, Halliwell, was an inhabitant of this parish and was martyred in 1555- Sir Charles Henry Tempest bart. D.L., J.P. of Broughton Hall, Skipton, who is lord of the manor, Lord Ellesmere and William Wilbraham Blethyn Hulton esq. D.L., J.P. of Hulton Park, are the chief landowners. The soil and subsoil are various. The chief crops are wheat, oats and turnips, with some land in pasture. The area of the parish is 20, 102 acres of which 80 are water, the population in 1871 was 49[?],038 and in 1881. 68,632.