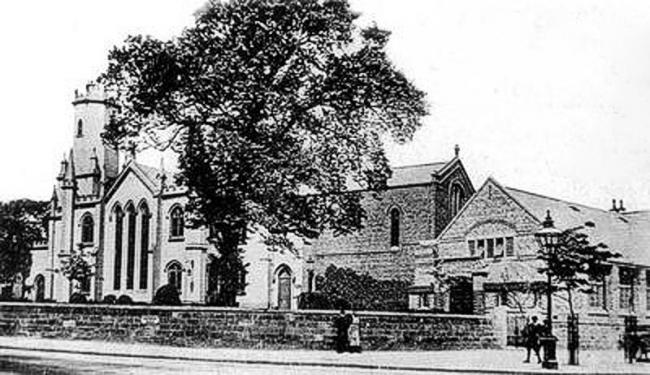 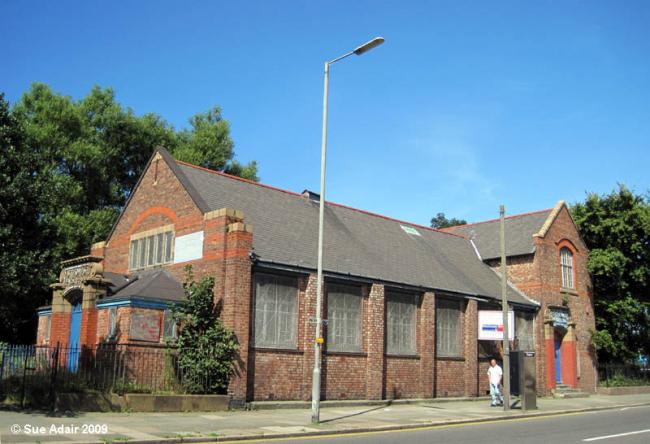 It was founded in 1815. The church building closed in 1976 and was demolished in 1990. Services moved to the parish hall.

Once the back stage of the church hall was made into a chapel (During Myles Davis time as vicar-curator was John Fallows) the original church was used as a landmark. Known as The Blue Church as it had been painted pale blue during Alan J Wright's time as vicar.
Alan was progressive and taught evangelistic music on Sundays whilst playing his guitar and calling directions for hand movements as we sang. He was known to hitch up his frocks to climb over the alter railings to retrieve a book he'd forgotten and took members of his congregation to evangelist meetings in his mini bus. He moved to a parish in Taunton with his wife Dee and their children and dogs.
Congregation members were allowed mementos of the church before it was pulled down. A prayer mat, a pew or a brass fitting for example. The church had become too costly for the small parish to run. Huge portable gas heaters had been used for years to keep congregation warm.