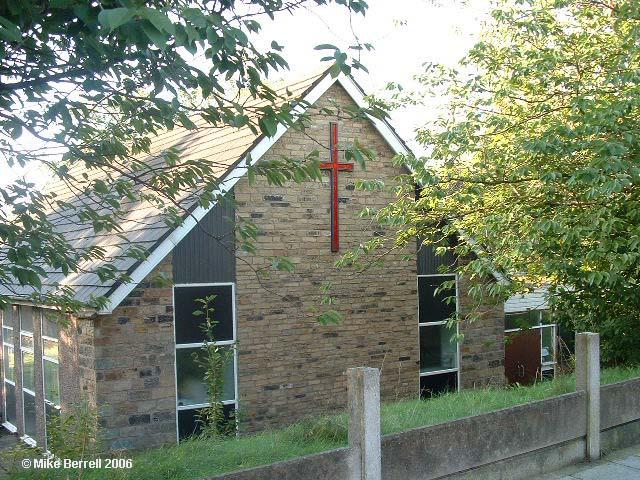 It was founded in 1867 replacing an earlier church on Market St. It closed in 2008 due to re-development and moved to Dunkirk St.

This church was the circuit head chapel in the Droylsden Openshaw circuit. It also had a large school room and ran operatic and dramatic functions for many years. It also ran a youth club, table tennis club, sunday school and boasted a very fine 3 manual organ in the chapel. It was originally demolished in the 1970s(?) and replaced with a smaller modern chapel. This, too has now been demolished.

The Wesleyan Methodist church was formed in the 18th century from religous societies founded by John Wesley and his preachers. It suffered many secessions, but was the largest Nonconformist denomination in the 19th century. In 1932 the Wesleyan Methodists joined with the Primitive Methodists and the United Methodists to form the Methodist Church of Great Britain. The Market Street church was located The Dunkirk Street church is located