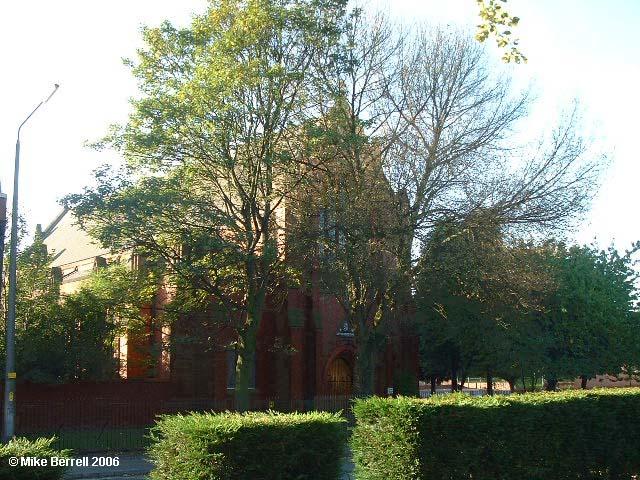 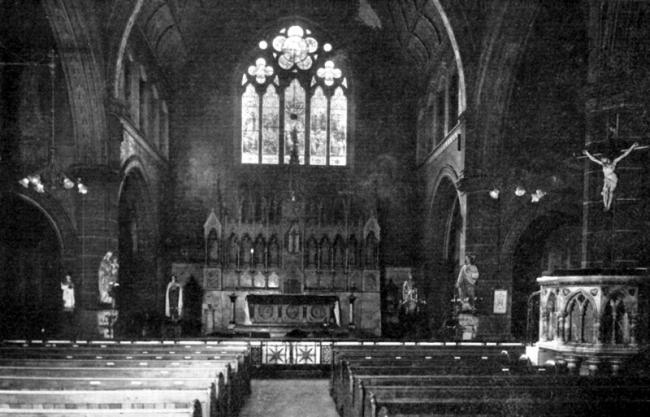 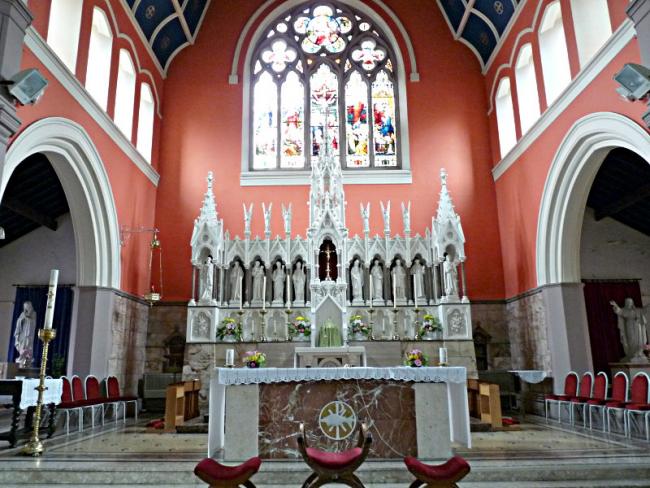 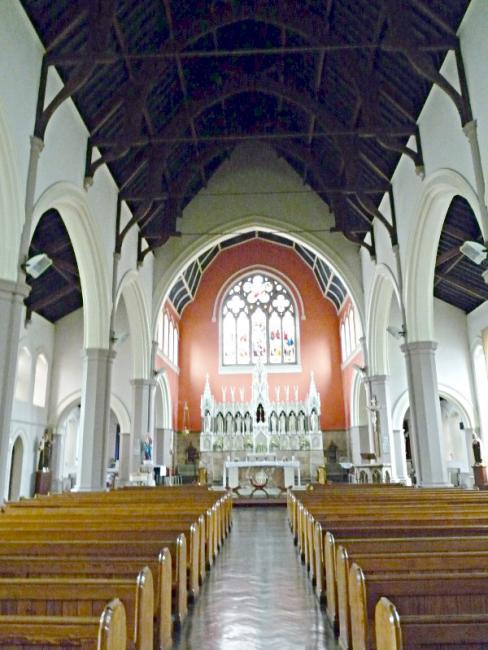 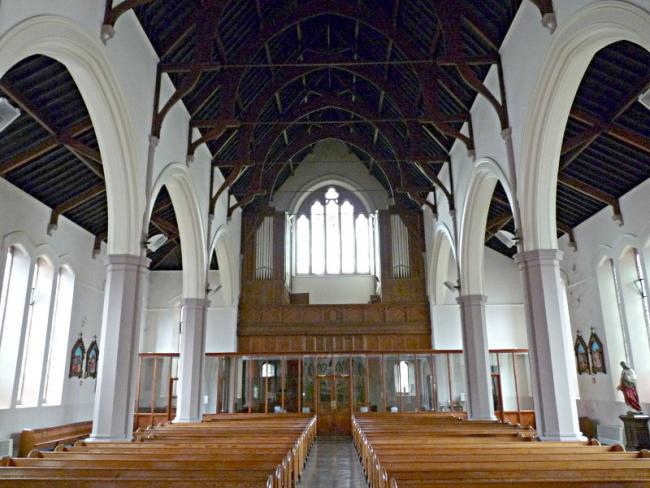 In the year 1849 a school was begun in a hired cottage situated in Barton Lane. This was one of the many off-shoots from the church at Barton under Canon Kershaw.

The success of this venture encouraged the Canon to set up school premises on land given by Sir Thomas de Trafford. These were opened in 1857.

Large additions were made in 1871 on land provided by Sir Humphrey de Trafford, and from that year the school was used as a temporary chapel, served from Barton.

Father T. Sharrock was made first Rector in 1879, but died prematurely in 1893. He was succeeded by Fr. Newton, who was here for thirty years until his death in 1924.

The present parish priest, Fr. J. Drescher, was appointed in that year.

Many great preachers have spoken from the pulpit of this church, amongst others being Fr. Bernard Vaughan, and the Archbishop of Liverpool.

The current church was built in 1898.