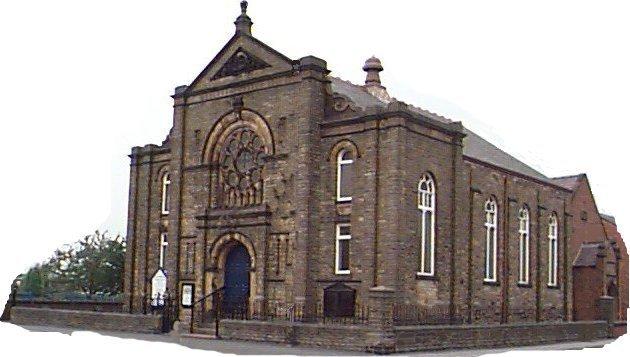 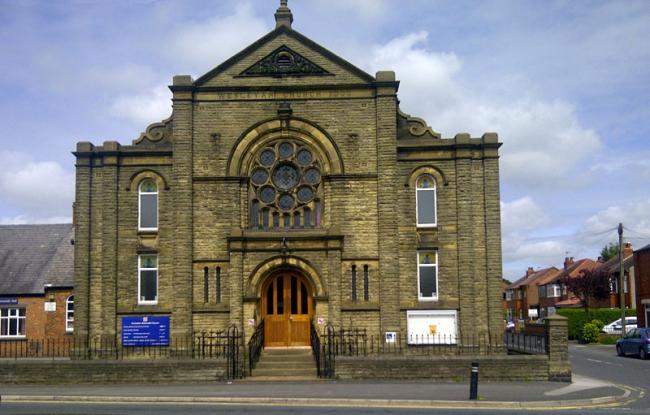 In 1810, a few years after the birth of Methodism, a certain Methodist minister, the Reverend Thomas Jackson, was invited to conduct a service in Eccleston with a view to promoting Methodism in the village. The seeds were sown and obviously bore fruit for in 1815 a Methodist Society was formed and the first Wesleyan Chapel was erected in Bannister Lane in 1816. This chapel was in the Preston and Chorley Circuit. Owing to differences amongst its members this Society was dissolved in 1830 and the chapel later converted into two cottages.

1852 saw the Society re-formed as part of the Ormskirk Circuit, but since no permanent meeting place was available the members met in various premises which included the local smithy and an upper room at the mill. When the latter was needed for other purposes, Mr. Smalley, the mill manager and an enthusiastic Methodist, provided a room that had previously been used as a dance hall connected to a public house. After buying the premises he made sure the licence lapsed!

Perhaps these premises were again found to be too small, for Mr. Smalley then furnished a corner of the weaving shed for use in public worship. Some of Mr. Smalley's workforce would therefore be working and worshipping under the same roof. In spite of these odd arrangements, the spiritual needs of the society were obviously being met for it was claimed that some of the most successful services in connection with Eccleston Methodism were held in that Weaving Shed. In time these makeshift premises also proved to be unsuitable and the pressing need was for a permanent building.

The indefatigable Mr. Smalley purchased a field at the corner of Bates Lane (now Bradley Lane). A letter was formulated and distributed to Society members and friends in the village stating the intentions of the trustees 'to build initially Day and Sunday Schools and later a Chapel to foster and cherish the moral, physical and religious training of the rising generation'. Donations amounting to approximately £800 would be required to fund the whole project.

The new Chapel was built by Warings of Heskin (a prominent Methodist family) and opened in 1863. The vision of a day school did not materialise, the building being used only for Sunday School and Chapel purposes. Twenty years later saw a great expansion in the size of the congregation. The premises were found to be inadequate especially in view of the numbers of children Sunday School at that time but, reading between the lines, was a more attractive and imposing building what the Society were really aiming for?

In 1889 plans for another place of worship were presented to the Trustees who accepted the scheme unanimously. A new Chapel would be erected, however extra land would be required. The Rector of Eccleston, the Reverend H. W. Bretherton was contacted over the possibility of purchasing from the Church of England authorities a strip of glebe land which adjoined the ground owned by the Trustees. The transaction was carried out eventually at a cost of £75. 0s. 0d.