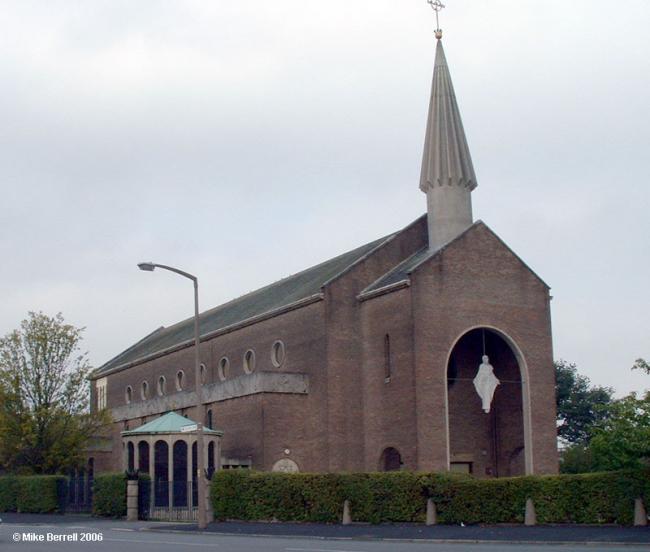 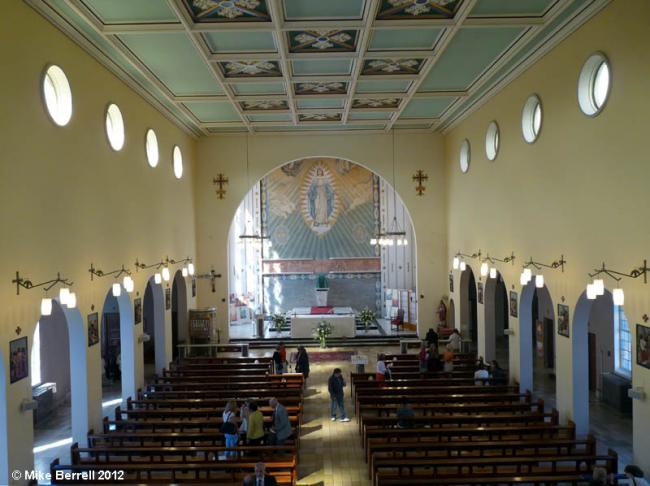 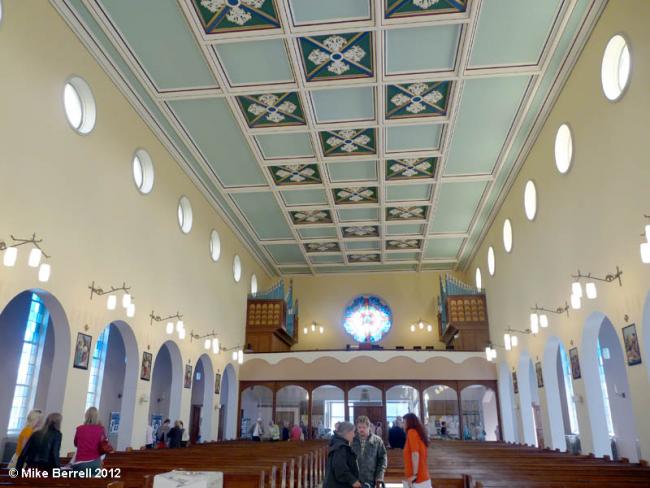 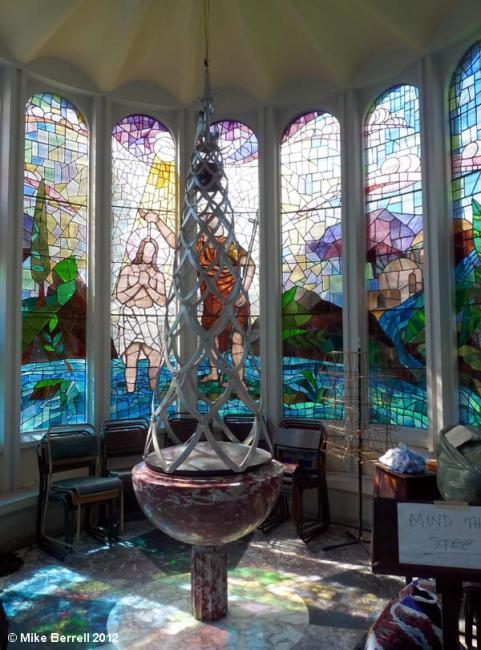 Before this parish was established, a house in Allen Street, Newton Heath, had been used for Mass from St. Patrick's. St. Mary's began as a foundation of the Oblates of Mary Immaculate, who arrived in 1846. The growth was slow. In 1849 land was bought from Mr. Heywood of Failsworth Lodge and some cottages were transformed, the top to be a chapel and the lower part a school. This was in Mill Lane. On another piece of land the house was built in 1850 and Fr. Daly and Fr. Gray took up residence there.

Plans for a fine church were drawn up, and the Archbishop of Marseilles, founder of the Oblates of Mary, laid the foundation stone. But the plans had to be changed, because Manchester had closed the Catholic burial grounds and the site of the church was used as a graveyard. It was then decided to build the present church, parallel to Oldham Road.

The church was begun in 1855 and part of it opened in 1865. In 1868 a contingent of "Murphy rioters" smashed windows in the church. Fr. Daly continued as Rector until 1885, though failing health had caused him to hand over many duties to Fr. Mom, as administrator. He retired to Ireland and Fr. John Hennessey was appointed. He continued as Rector until 1901 and finished the handsome Gothic church, of which the sanctuary was opened in 1892. Canon Boulaye was here for a short time and then Fr. James Morris from 1903 to 1928.

Father John Foster was then made Parish Priest, and one of his tasks has been to save the church from destruction by subsidence due to mining. St. Margaret Mary's, New Moston, and Christ the King, Newton Heath, owe some of their development to St. Mary's, Failsworth.

The current church was built in 1964.