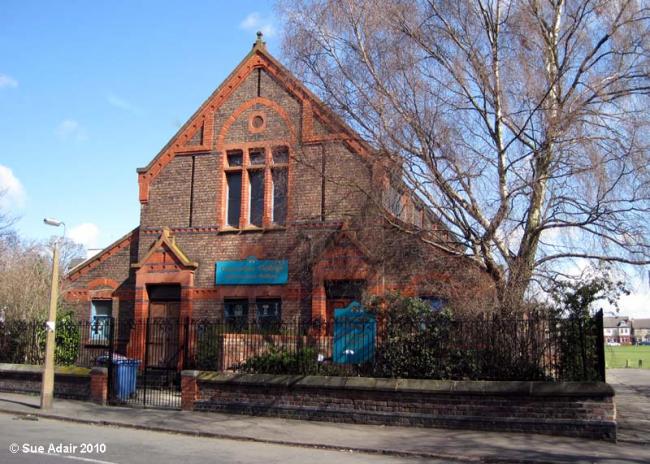 The foundation stone is dated 1882. It later became Garston United Reformed Church (joint pastorate with St Columba Hunts Cross) until sold in 2006 and is now Clarence College Montesori School. The congregation joined with the Methodist chapel at other end of Garston Old Road.