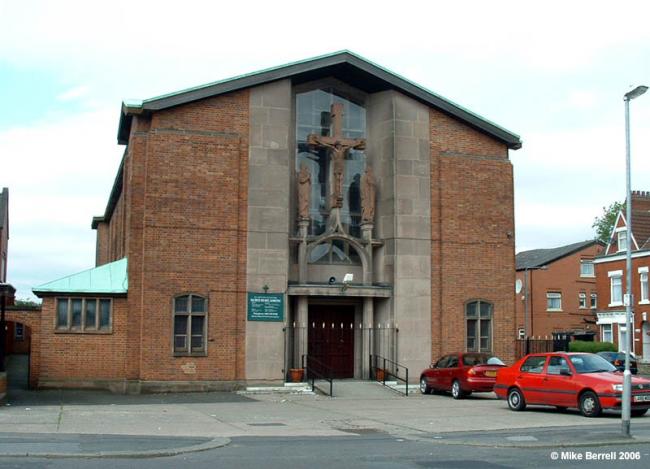 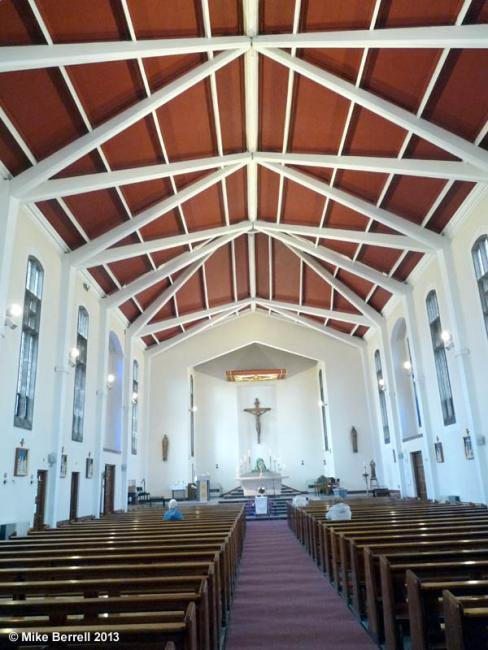 The first Mass was celebrated in a room of the priest's residence, 146 Hyde Road, on Sunday, September 22, 1901. There were eight people present.

As soon as he obtained possession of a plot of land, Fr. Finn had a school-chapel built. This was opened on Sunday, January 12, 1902. There were about a hundred people present and the total receipts amounted to twenty-five shillings. On the following Sunday the formal opening of the chapel took place, and the preacher on this occasion was the Very Rev. Canon Mussely, Missionary Rector of St. Patrick's, Manchester. The choir came from St. Mary's, Mulberry Street. Forms were very kindly lent for the occasion by John Jennison and Company of the Zoological Gardens, Belle Vue.

In April 1902, a dastardly attempt was made to burn down the temporary school-chapel. The attempt, however, was only very partially successful. Lighted shavings were inserted under the lavatory door and from them the fire spread until the whole lavatory was gutted. Fortunately the fire was discovered just in time to prevent its spreading to the church. When the fire had already been extinguished the Gorton fire brigade arrived. The brigade consisted of two elderly labourers, and their only equipment, a hand-cart and a hose pipe. Though the fire had already been extinguished, the brigade insisted on giving a display of their prowess. After a long struggle, they succeeded in attaching their hose pipe to the hydrant. Then the senior fireman very cautiously approached the scene of the fire with his hose pipe prepared for action. As he was entering the building, however, the heat drove him backwards, he tripped over some debris at the back of him and, whilst rolling about on the ground with the hose held over his head, succeeded in deluging the crowd of spectators that had gathered. This, of course, was a serious outrage; but minor outrages were of very frequent occurrence. Breaking "Catholic" windows and damaging "Catholic" property seemed to be a recognised pastime amongst the youth of the neighbourhood.

Fr. Louis Maxwell was appointed in 1940. He saw the parish through the war years and has done good work on the schools. The parish has still kept the bloom of youth and is well equipped for the future.