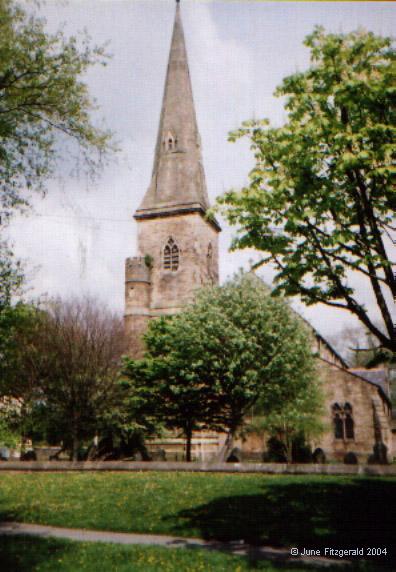 The church has/had a graveyard. The Monumental Inscriptions in the graveyard were recorded in the Owen Manuscripts (copies held at Lancashire Record Office).

There are copies of the Monumental Inscriptions for 1704-1964 at Manchester Archives and Local Studies.

The original place of worship for Gortonians was a wattle and daub, thatched building erected sometime towards the end of the 15th century (no exact date recorded), which was dedicated to St.James. This lasted until 1753, when it was in such a poor state of repair that it was resolved to build a new brick church, which took 2 years to construct and was opened on St.Thomas's day 1755. This one was dedicated to St.Thomas. By 1868, this too was in a poor state and the present church was built with money supplied by the local industrialist and philanthropist, Charles Beyer. This present church of St.James - it reverted to its original patron - was opened in 1871 and is the 2nd church to stand close to the site of the original.

Ian Rhodes has an alternative picture of St. James, and its steeple.