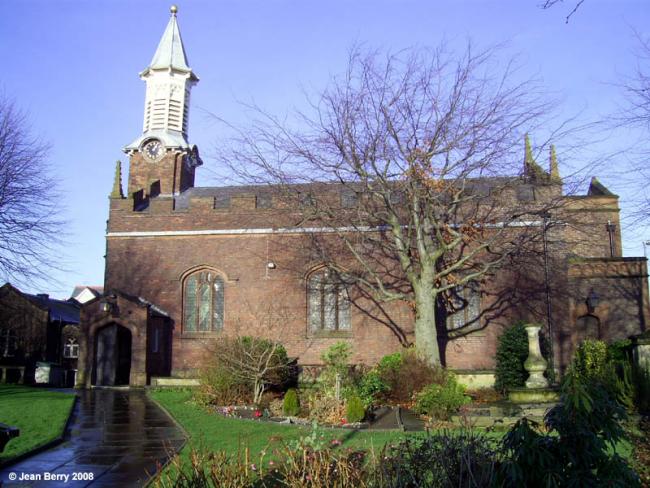 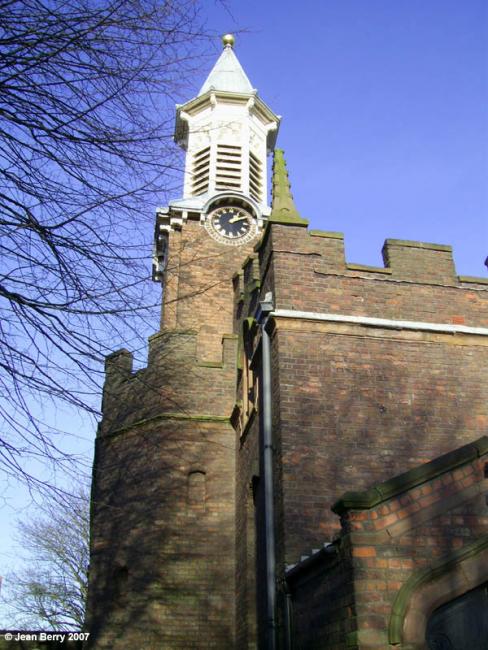 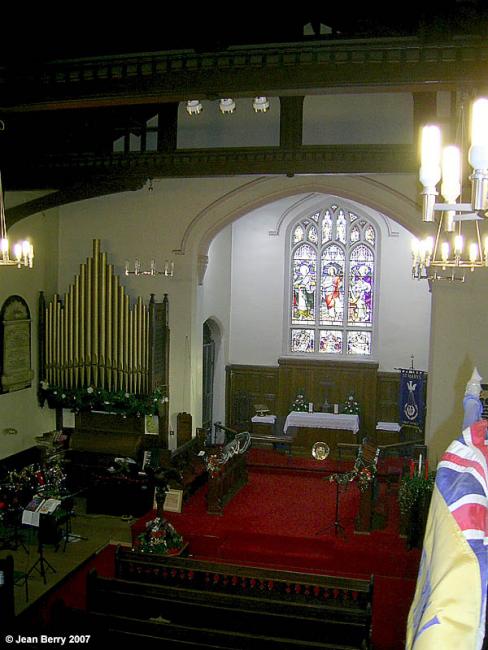 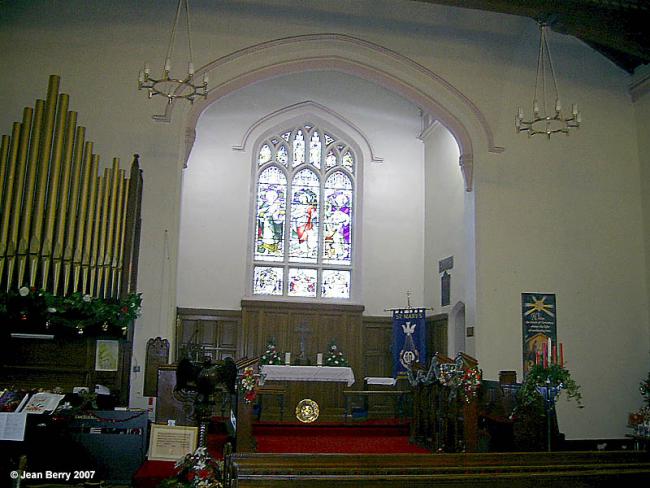 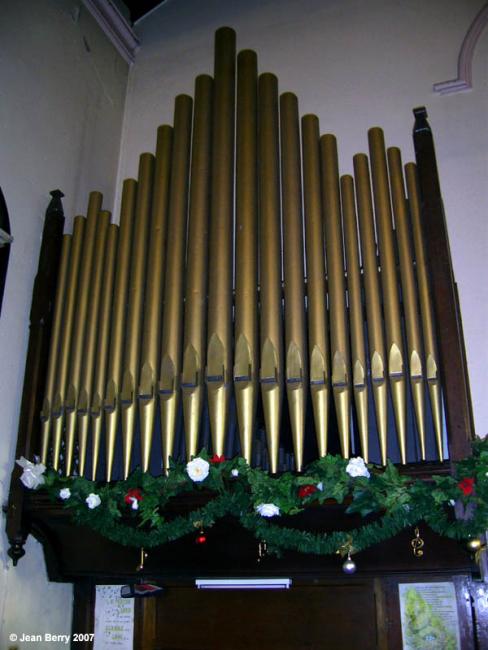 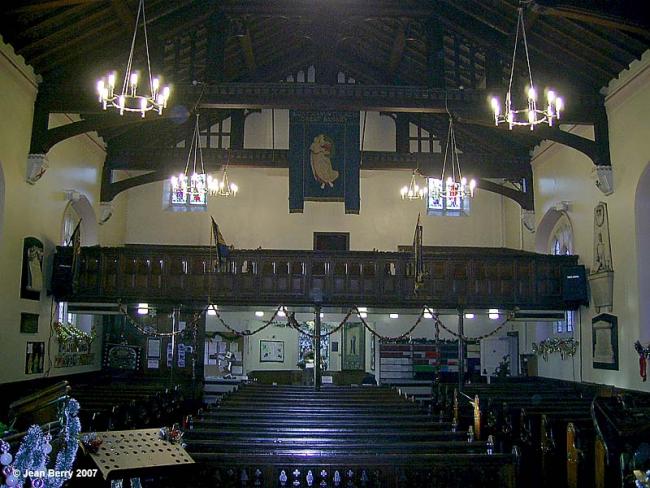 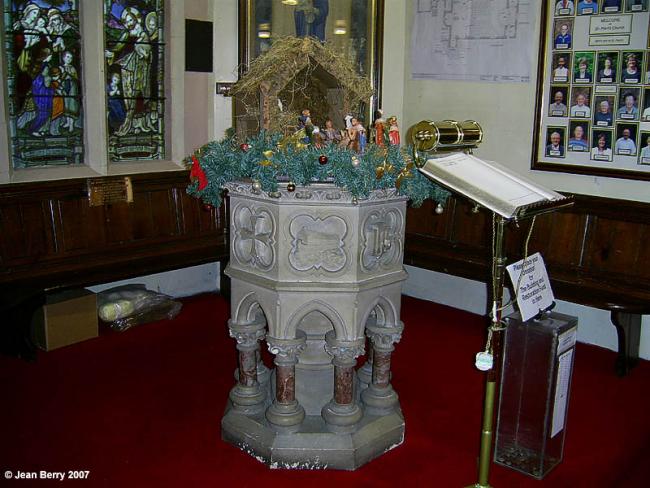 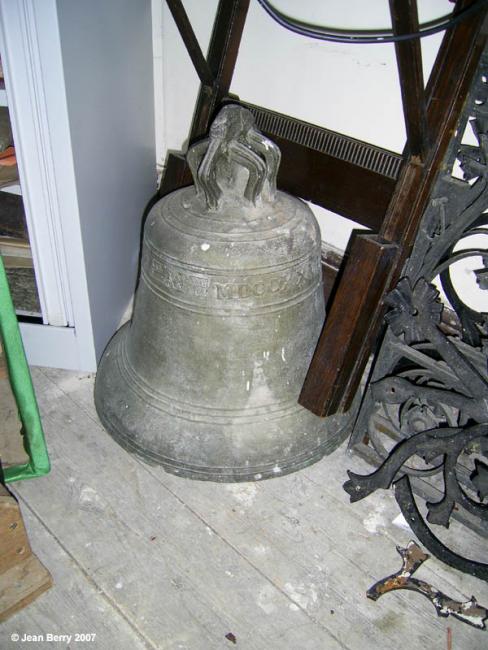 There is a monument with just a few tomb style graves to the front of the church also there is a graveyard to the rear and one on St, Mary's Road :-

1833 the existing graveyard was nearly full and was extended by using land between the school and the chapel. This land also filled up quickly. The churchyard was extended by using land down St. Mary's Road. This land was given to the chapel for use as a burial ground when Greystone Common (or sometimes known as Heath) Penketh when an award for enclosure was made in 1868 and confirmed in 1869. The first burials took place in 1881. Most of this land was compulsory purchased in 1969 by the Education Authorities for use as a playing field for Penketh High-School. The Cemetery on St Marys Road Cemetery is still used for internment today and within the cemetery is a War memorial.

The Graveyard in St Mary's Road is now a closed cemetery only allowing burials in existing plots where space allows. There is a "Friends of St Mary's Cemetery" to try to restore respect to this little oasis in a built up area.

The Original Chapel was first built around 1640 and was a part of the Prescot (or Prescotte Parish as it was known pre 1730s) which at the time was in the Diocese of Chester It is documented that it was built on land given by the Ireland family of Bewsey and was built by public subscription. It was first used for Presbyterian worship and in 1646 when the Lancashire Presbyterian Classes were formed Peter Brook and William Barnes were named as lay elders. No mention was recorded of the minister.

The Second Chapel
Rebuilt in 1728 and placed under Episcopal government by the Atherton family of Bewsey.

There was further alterations and additions over the future years but the last revamp of the church was:-

William Domville along with a partner name of Short built the wooden bell tower in 1868.

About 1880 it became necessary to replace the old box pew seating. The vicar, Reverend E. S. Jackson (1879-1899) and wardens took the opportunity to enlarge the church by building an extension on to the east end of the church. This contained an organ chamber, chancel and vestry. The church was re-seated and re-roofed. A porch was also added. The old vicars vestry which had contained the stairs to the gallery was converted to a Baptistry. This work was completed by August 1883 and gives us the church we have today, with the exception of the choir vestry which was added in 1930.

The font was probably put in, in the latter part of 1915 as the faculty for the work to be carried out was dated 26th Jan. 1915. It replaced an older font which was taken to our daughter church in Penketh. The faculty puts it this way "with liberty to remove the said old font to a certain building in the new parish known as 'St. Marys Church School Penketh' the same being duly licensed for the performance of Divine service and the administration of the Holy Sacrament of Baptism". This building was knocked down about 1968 due to dry rot.

The cost of the new font was defrayed by the members of the Sankey and Penketh branch of the Girls Friendly Society and the Sankey Womens Guild. It was probably made by the firm of Williams and Clay of Warrington as they were responsible for the matching pulpit which has been disposed of.