Our Lady of the Immaculate Conception, Haigh, Roman Catholic 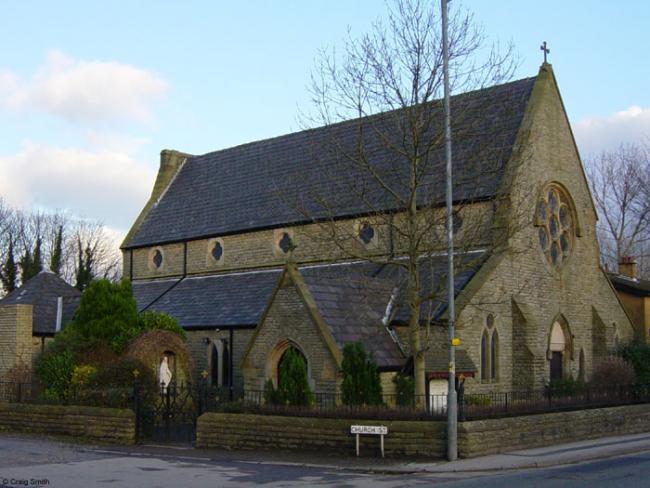 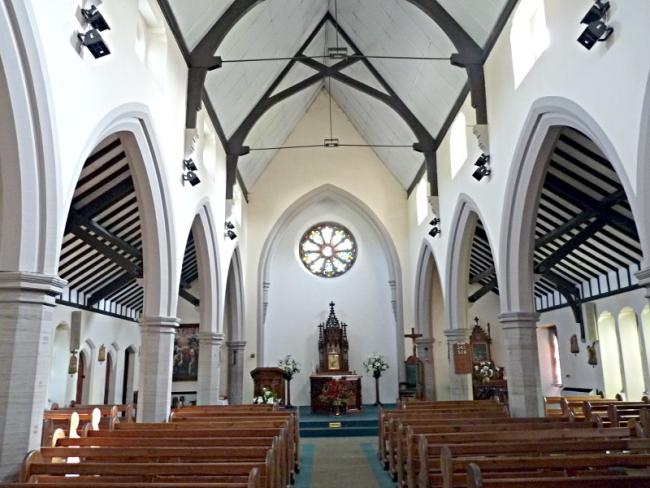 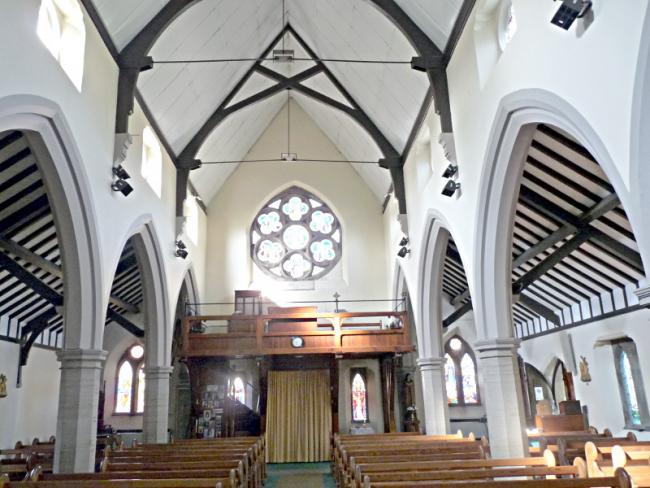 Our Lady of the Immaculate Conception,
Haigh Rd,
Haigh
Lancashire

The church does not have a graveyard. The Catholics have been buried in the churchyard of St David, and there is a now a RC section of the new part of that graveyard.

CHURCH OF OUR LADY, ASPULL

IS situated within 200 yards of St. David's Protestant Church, Haigh, and is on the very confines of the Diocese of Salford, being within 100 yards of the boundary line which divides the R. C. Dioceses of Liverpool and Salford. The Mission was founded at Blackrod about the year 1852 or 1853 by the late Very Rev. Canon Carter, of Bolton. A year or so after its foundation Father H. Jones was appointed, and he fixed on the present site of the Church as being most central and likely to serve the greatest population. Father Jones built the Church Presbytery and a small School, and the Church was opened about the year 1858.

It is a Gothic building, consisting of Nave and Side Aisles, with Sacristy. The Chancel is not yet completed. It is capable of seating some 400 worshippers. There is a very handsome West Window filled with stained glass. This window was erected by Lady Stafford to the memory of her mother, the late Mrs. Gerard, of Aspull House.

Mr. and Mrs. Gerard were great benefactors of the Mission, and the Presbytery was built at their cost. On the removal of Father Jones to Colne, he was succeeded by Father P. M. O'Reilly, who died recently at Astley Bridge. He only remained a short time, and was succeeded by the late Father T. Allen, of SS. Peter and Paul's, Bolton. Father J. Crilly, now of Horwich, was the next Rector, and the present incumbent is Father H. H. Schurgers.

In 1854 the Catholics of Wigan wished to carry out the idea of the late Father Middlehurst of St. Mary's, Wigan, and to start a Mission at Blackrod. Finding that the locality was in the Salford Diocese, Canon Carter of Bolton was applied to, and with the sanction of Bishop Turner, a three-storied building, which stands to this day at the back of the Forresters' Arms, though devoted to a very different purpose, was rented, benched and furnished as a temporary Chapel. The second floor was used for Divine Service, whereas the third floor was partly cut away to form a gallery for the children attending service. The first floor was divided in two, serving the double purpose of a day school and teacher's dwelling room. Sunday school was open every Sunday under the same difficulties. Quite separate from the building, yet adjoining, was a small outhouse that served the purpose of a vestry. Quite a score of young fellows waiting for confession fell down the unlit steps (that led from the building to the vestry) one Saturday night, Canon Carter remarking "He only wanted one at a time."

From October 1854, to July 1855 the new mission was supplied once a week for Mass and once a month for confession from SS. Peter and Paul's, Bolton. At the latter date the Rev. Henry Jones was appointed the first resident priest and lived some little distance away at the top of Chorley Brow, Blackrod.

On St. Joseph's Feast, 1857, the foundation stone of a new church was laid by the Right Rev. Dr. Turner. On St. Mark's Day, April 25th, 1858, the Church of Our Lady of the Immaculate Conception was solemnly opened by the first Bishop of Salford, with Pontifical High Mass. The sermon was preached by the Right Rev. Dr. Goss, Bishop of Liverpool; the certificate of registration bearing the date December 1860.

Father Jones now took up his residence in No, 4, Church Street, and straightaway rented No. 5, the adjoining cottage where a school was commenced the same year.

In 1861 land for a new school was obtained at a nominal rent from the Earl of Crawford and Balcarres. Principally through the exertions of Mrs. Gerard of Aspull House, a school was built and opened free from debt. In 1862 a presbytery was erected and coupled to the church by a vestry.

There came in a very timely gift of £500 from Mr. Johnson as recorded on a Brass Tablet in the Church in the following terms: - " . . .In remembrance of John Johnson of Aspull, donor of Five Hundred Pounds to this Church. He requests that his wife Margaret and himself be prayed for in the Holy Sacrifice of the Mass." In 1871 the Rev. Henry Jones left Aspull to take charge of a new mission at Colne. His memory is perpetuated in the church by a brass tablet in the Sanctuary bearing the following inscription: "In memory of the Very Rev. Dean Jones 1st Rector of this Church from 1855 to 1871 who died at Padiham November 21st, 1891, aged 69 years, R.I.P." This tablet was erected by the parishioners of Aspull, 1892. His successor for a time was the Rev. Peter O'Reilly, but at the close of 1871 the Rev. Thomas Allen was appointed, and in his time, F. S. Gerrard, Esq. walled and railed the front of the church and presbytery as it stands to-day. Father Allen was succeeded in 1880 by the Rev. Edmund Crook.

In September 1881, the Rev. Joseph Crilly became the Rector of Aspull. He soon discovered that the existing school was anything but adequate and immediately set about doubling the size of the premises and setting them off by a very pretty and effective porch and cloakroom. The two stone buttresses that remain as a landmark point to the then boundary of the schoolyard. This wall was removed and permission obtained for a nominal rent of one shilling to enclose the moorland, fronting Haigh Road for the purpose of a schoolyard.

In 1883 quite a calamity befell the little mission of Our Lady's, the death of Mrs. Frederic Sewallis Gerrard, one of the greatest and most constant benefactresses. To commemorate her affection for and kindness to Our Lady's, a lovely stained glass rose window was put in the West end of the church, the gift of Lady E. Stafford of Swynnerton Park, Staffordshire.

Fr. Schurgers from 1889 and Fr. John Welch from 1896 served the mission. Fr. E. McEnery is the present parish priest.