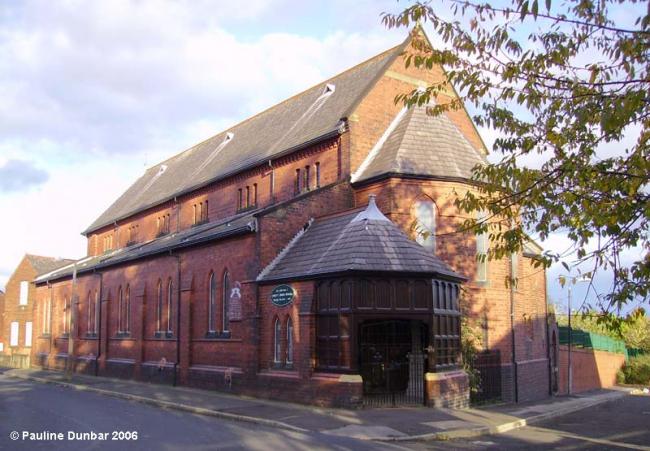 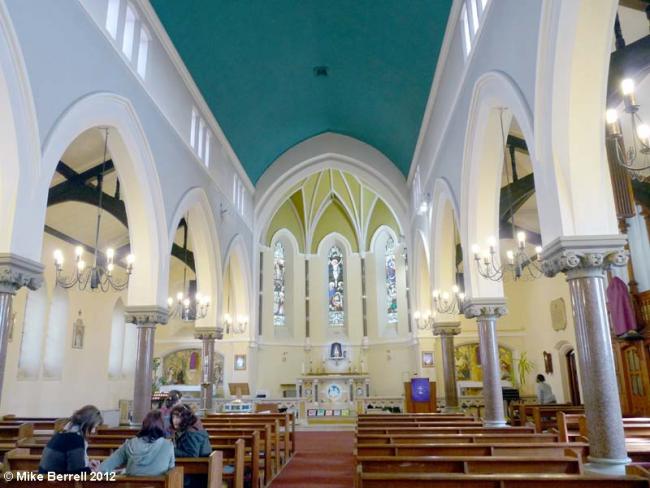 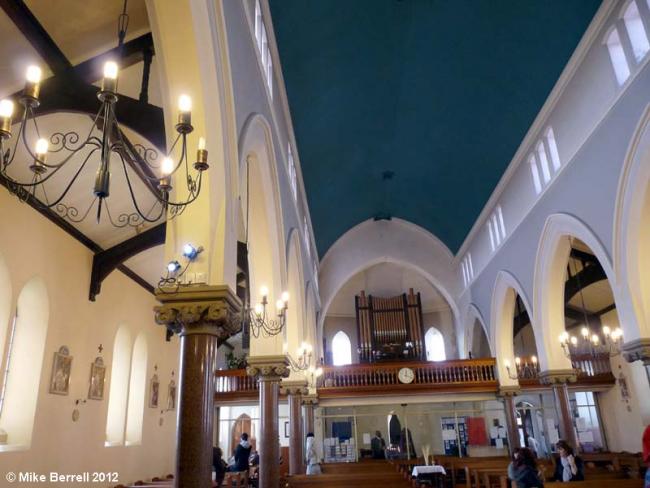 THIS Mission came into existence thirteen years ago, but those thirteen years form a record of remarkable self-denial, zeal, and indomitable perseverance on the pnrt of a devoted congregation. To accumulate a mass of property of the value of over £3,000 in the short space of eight years, and for a poor people, unable to count amongst their number one single man of wealth, to defray the whole of this sum, with the exception of £850, is an achievement worthy of the highest admiration and praise. The Parish of St. Joseph has reason to be proud of itself, and of its little Church.

In the year 1879 the Halliwell district was separated from the Mission of St. Marie's, and Father H. Brewer was commissioned by the Bishop to organise the new centre. No church, no school, no money - that was the beginning. To find a room wherein to assemble the people was a matter of no small difficulty. Eventually, the "Little Temperance Hall", then so-called - a poor, dilapidated structure on the road-side, was rented from the Corporation, and it was made to serve for more than two years as a place of worship. In this place, on the 30th March, 1879, Mass was said for the first time.

An eligible site for a new place of worship having been secured, the erection of a School-chapel, after designs prepared by Mr. Ligou, of Manchester, was commenced, the ceremony of cutting the first sod being performed by Mr. W. Hampson, of Bolton, on the 19th March, 1881. On the 26th June-less than two months from the date of laying the corner-stone - Mass was said for the first time in the new place of worship. The solemn opening and dedication took place on the 21st August, and on the day following, the 22nd August, 1881, the day-school was opened. Attention was now directed to providing a suitable residence for the Priest of the Mission. On the 3rd of June, 1884, the building of the Presbytery was commenced. A bazaar, in aid of the Presbytery fund, realised over £200; and, to the eternal credit of the congregation, the Presbytery was completed, free of debt.

On the 19th March, 1886, the foundation stone of the Infant School was laid by the Lord Bishop of Salford, and opened on the 24th July following.

Thus, in the short space of 8 years, Church, Presbytery, and Schools have been provided. Thus have these arduous undertakings been begun and carried out with so much energy in God's name, and for His honour, received the blessing of heaven, and been rewarded with success. During the last five years the Schools have been the greatest drain on the resources of the Mission; but these difficulties, however grave, are trifling, compared with the struggles of the previous seven years. May the efforts of the future be equally blessed, and equally successful with those of the past.

Another descendant of SS. Peter and Paul's, this mission was begun in 1879 by Fr. Henry Brewer, who came of an old Catholic family in Blackburn. He first rented a small building and temperance hall in Halliwell Road. Later he built a school-chapel, a presbytery and new schools. He was a member of the Bolton Board of Guardians and was a member of the Diocesan Finance Board; he figured prominently in a dispute about the rights of Catholic children in orphanages and won his case. Three years before his death he had finished the new church, which was opened by Bishop Bilsborrow in 1900. Mgr. Canon Boulaye, his former Rector at Farnworth, succeeded him, and died here in 1912. Canon John Burke then came from St. Patrick's, Bolton. He remained Rector for a long period and died in Ireland in 1939. The present Bishop, who was then Vicar Capitular, celebrated his Requiem, and Canon M. McGrath went to the funeral at Michelstown to represent the Diocese. In recent years, the parish priests have been Canon Joseph Callaway and Canon John Birch.