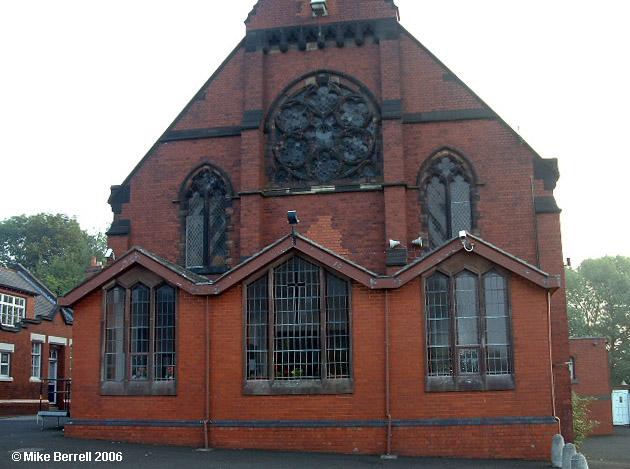 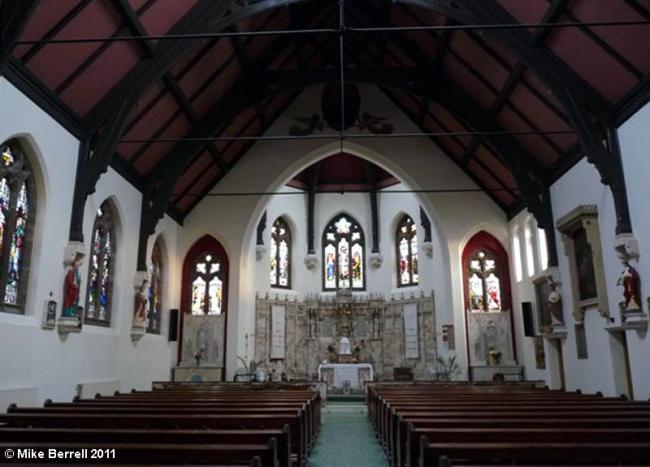 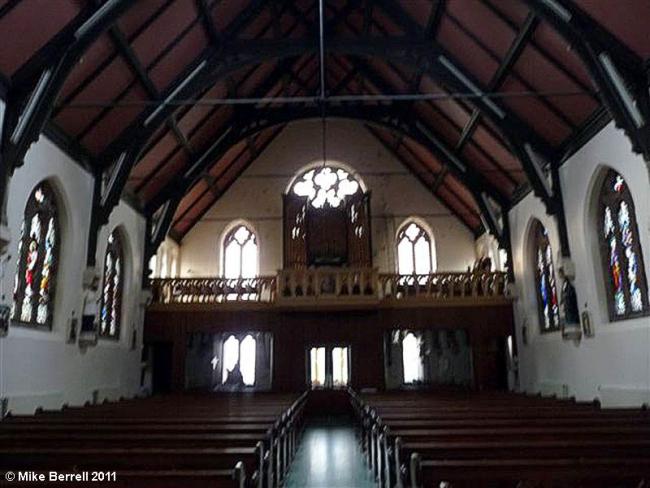 February 4th, 1896: Meeting of the parishioners, with the Bishop in the chair, to consider the building of a new church. A week's wages promised.

March 27th, 1897: Laying of the foundation stone of the new church by the Bishop of Salford.

November 21st, 1897: Feast of the Presentation of Our Lady. Opening of the new church by His Eminence Herbert, Cardinal Vaughan.

April 25th, 1899: Two new side-altars were put in the church- one a memorial to the late Mrs. Brelsford, and the other a memorial altar from the people in memory of the deceased Rectors of St. Mary's.

The Mayor and Mayoress were present in the morning and dined with the Cardinal. The Bishops of Shrewsbury, Nottingham, Clifton and Southwark also met His Eminence at dinner.

October 8th, 1899: Re-opening of the church by the Bishop of Salford, who presided at the High Mass from the Throne, and preached a touching sermon on devotion to Our Lady. The Rev. Dr. Casartelli, St. Bede's College, Manchester, occupied the pulpit in the evening.

November 1st, 1899: The Cardinal's promised gift for the church arrived, a large and beautiful oil-painting representing St. Peter offering the keys to Our Lady, with the inscription: England is My Dowry.

March 5th, 1900: Alderman Joseph Worrall, who had presented the HigH Altar to the church, died. December 15th, 1901: Magnificent new Monstrance, the gift of the Misses Costello, used for the first time.

August 1914: Fr. Reichart on holiday in Austria. War was declared on August 4th. Fr. Reichart, therefore, could not return. The mission was put into the hands of administrators-Dean Hennessey land then Fr. C. Radcliffe.

October, 1917: The Rev. Thomas Henshaw appointed to St. Gabriel's, Castleton. He had previously made representations to the Bishop that many things had to be neglected on account of work entailed by his office as Assistant Chancellor. (End of Log Books).

Fr. William J. Hughes was appointed in 1917. He installed stained-glass windows, the gift of a relative, Archbishop of Baltimore. In the last years of his office he was very interested in the development of the Heaton Mersey daughter mission.

The Rev. James Turner, D.D., was appointed to Heaton Norris in 1940 while Fr. Hughes still resided at Heaton Mersey. Dr. Turner was inducted in October 1940, after Fr. Hughes had resigned his charge and retired. The present Rector has done much to embellish the sanctuary and has laid down a floor of English oak with a border of Burmese teak. He has also cleared the parish of debt. New altar rails of English alabaster have been installed, roof lights opened on the Sanctuary, which had been darkened by the stained-glass windows.