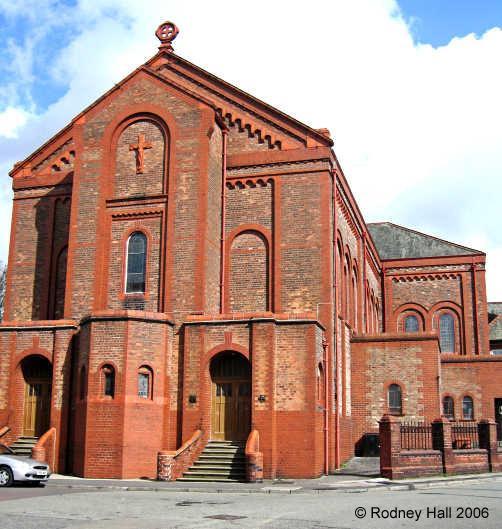 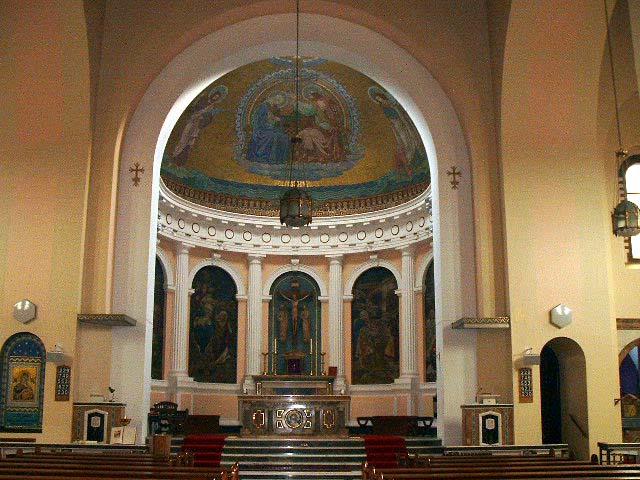 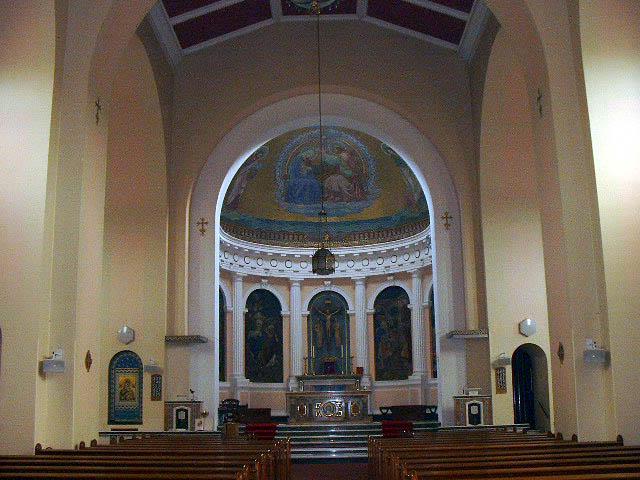 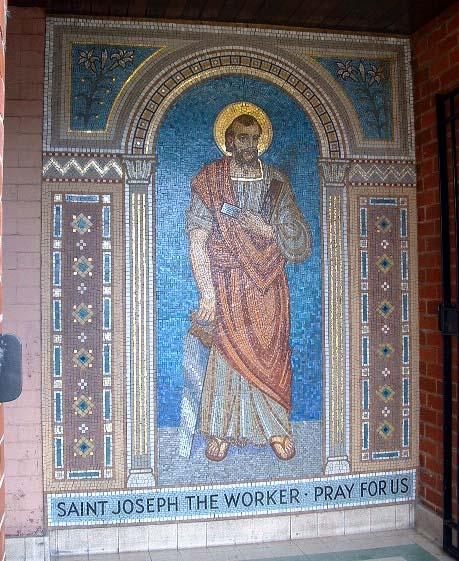 Until 1854 any Catholics in the district were dependent on Rochdale for Mass and the sacraments. For two years Fr. C. Meaney had made pastoral visits to the people of Heywood and in 1854 Fr. R. Hubbersty had been in charge. The pioneer builder of the parish was Fr. Arthur Stanislaus McCann, who arrived in 1855 to say Mass in a disused workshop situated near the junction of Aspinall Street and Rochdale Road. Then the "Ragged School" in George Street was rented for use as both chapel and school. Sharing fully the struggles of his poor but growing parish, Fr. McCann meanwhile lived in a small room near the Railway Station.

In 1856 a church, school, and presbytery were built in Dawson Street. The church, a simple Gothic building, was solemnly opened by Bishop Turner on Sunday, October 5, 1856, with many more people anxious to be present than could be fitted into the church designed for 500.

After labouring in the parish for thirty-five years, Fr. McCann was obliged by illness to retire, dying two years later at Southport, 1892. His successor, Fr. William Bradley, was eight years in Heywood and built the senior school in 1894. In 1898 Fr. Cornelius William Poole was appointed with Fr. Richard Vereker as curate, both of whom were later raised to the dignity of Canons of the Chapter. Soon extensions were provided to the schools, but Fr. Poole saw that his chief task would be to build a larger church. For many years he struggled to raise funds for his great task. On October 13, 1913, the foundation-stone was laid by Bishop Casartelli. The new church, a noble building in Romanesque and Byzantine style, by Oswald Hill, was opened in April 1916. A month later Canon Poole had been called to his reward, having seen the fulfilment of his life's work.

During the pastoral ministry of Canon Richard Vereker, the parish has seen many improvements. The Gospel transept has been added to the church, and a rich mosaic placed in the apse and dome. In 1925 new junior schools were begun.

The social side of the parish has been extensively developed. To provide playing fields Egerton Park was bought in 1921. The property of the "Heywood Gentlemen's Club," established nearly a century, was acquired by the parish as the Mens Institute. A club for girls has also been established.

Since 1932 the needs of Catholics in the outlying district of Bamford were catered for by opening a chapel of ease in a converted building. This served until the opening of St. Vincent's church at Spotland, Rochdale, in 1940.

The Dawson St church was located at