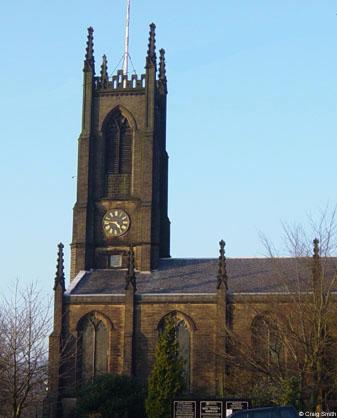 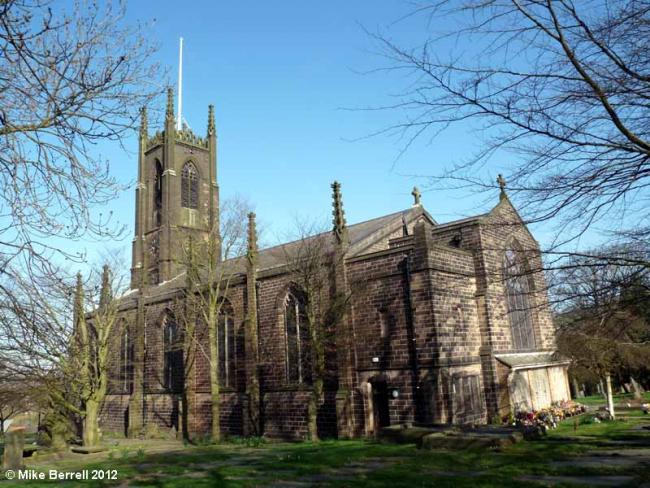 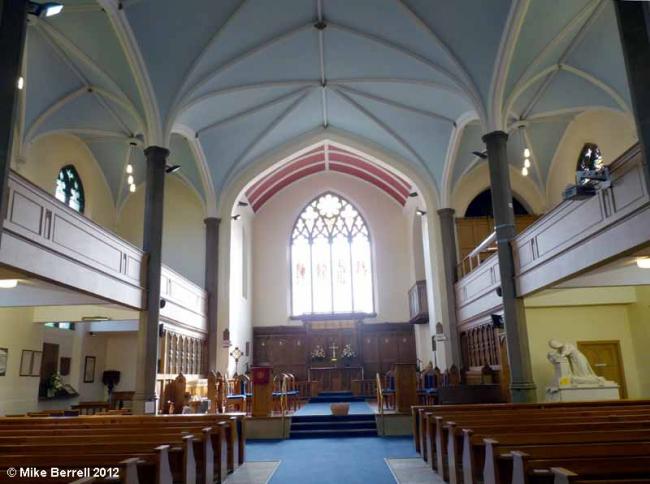 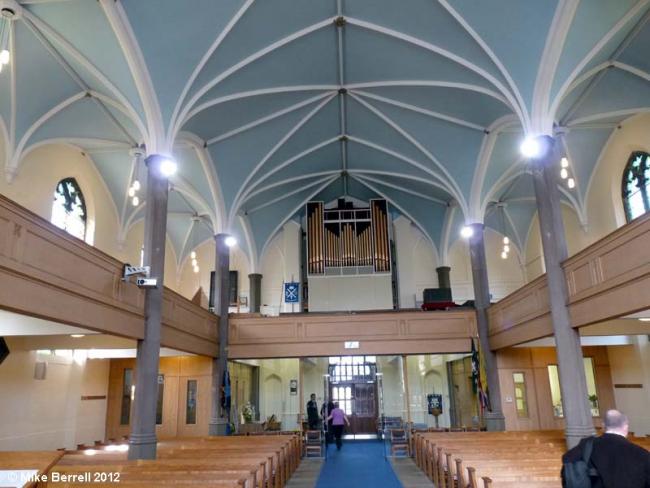 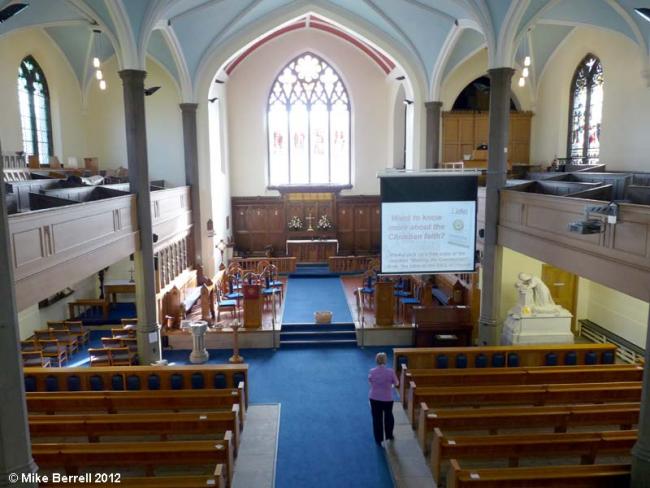 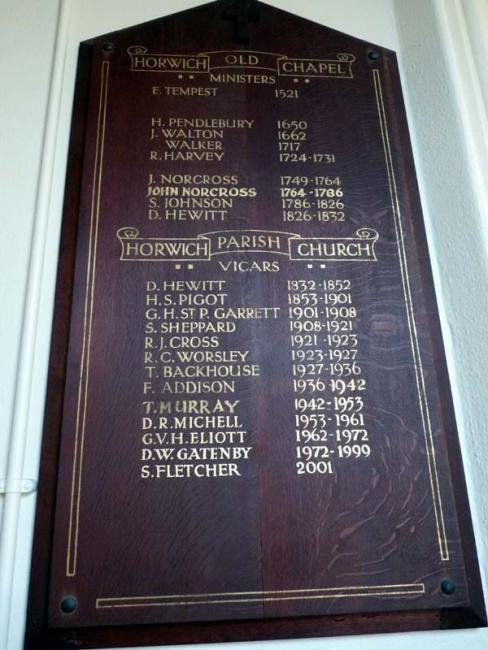 "The church of the Holy Trinity, erected in 1831, at a cost of £6,000, is an edifice of stone in the Decorated style, consisting of a nave, aisles and a lofty embattled western tower with pinnacles containing 6 bells: there is one stained window and a monument, by Westmacott, to Joseph Ridgway esq. who by his will, dated 1841, left a number of annual donations to the minister and officers of the church: there are sittings for 1,400 persons, 630 being free. The register dates from the year 1660. The living is a vicarage, gross yearly value £350 with residence, in the gift of the vicar of Deane, and held since 1853 by the Rev. Henry Septimus Pigot M.A. of Brasenose College, Oxford, and a surrogate: the vicarage house was erected in 1863, at a cost of £1,200, of which £800 was defrayed from Ridgway's bequest for this purpose. A Mission school church was erected in 1889, at a cost, including site, of £1,200; the Rev. Thomas Storey Bates has been curate in charge since 1892."

The church has a graveyard. The monumental inscriptions have been recorded and published by the Bolton branch of the Manchester & Lancashire Family History Society.