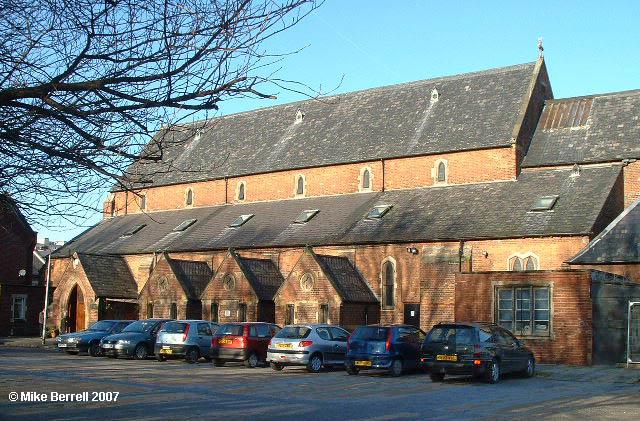 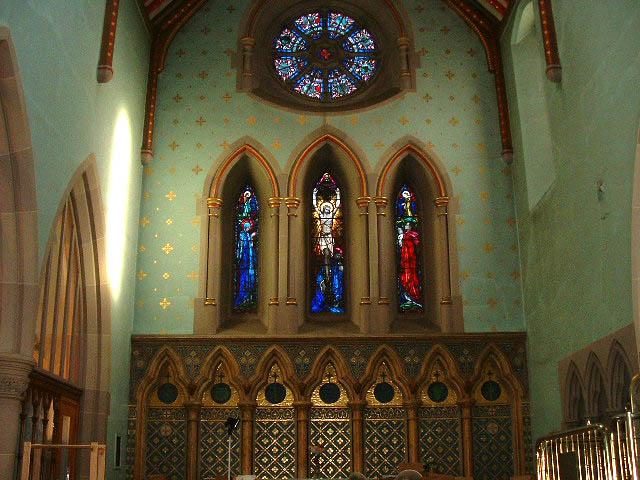 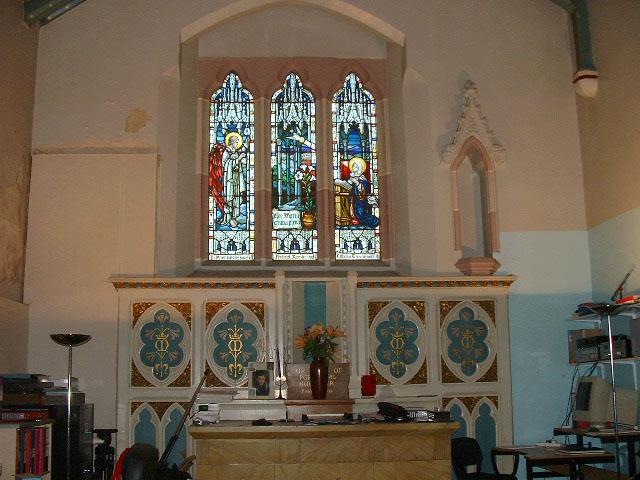 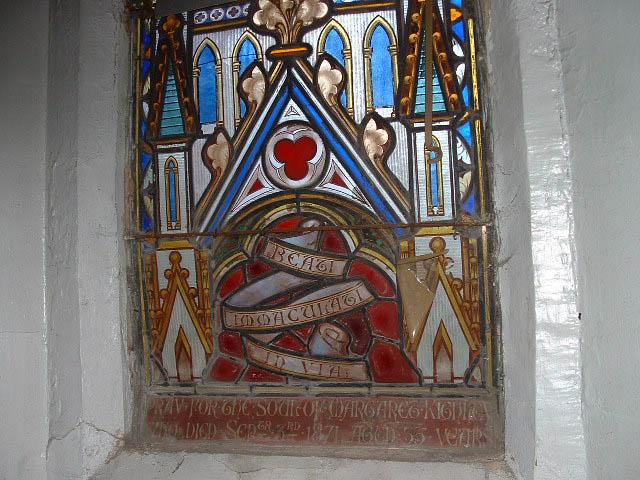 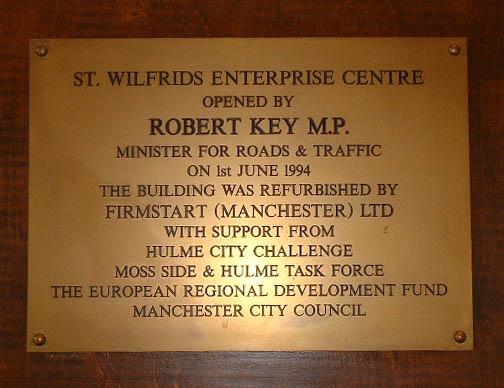 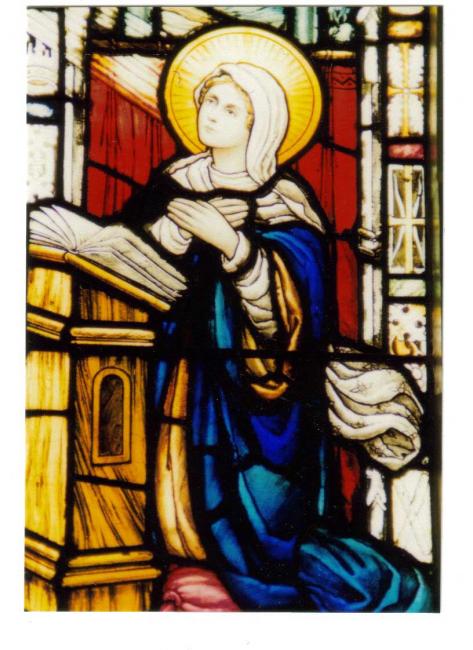 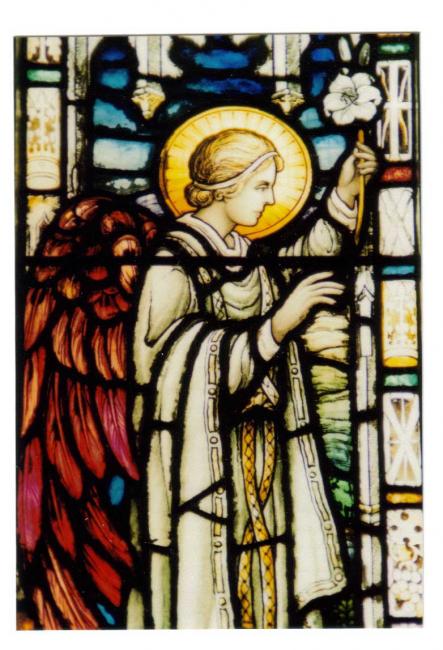 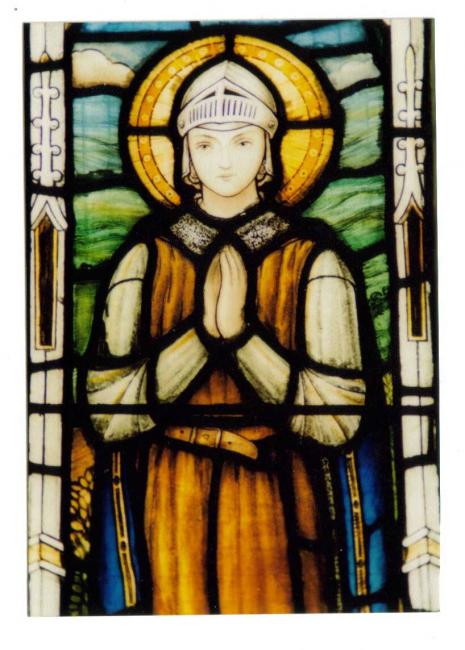 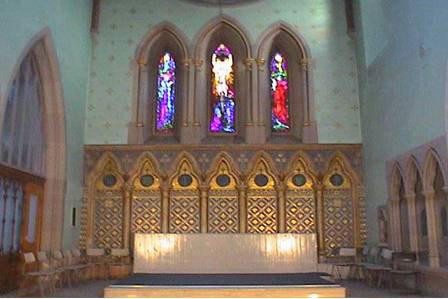 For some years after St. Wilfrid's had been opened in 1842, it was known as St. Wilfrid's in the Fields. There were many complaints that it was built too far into the country. The people who attended it came mostly from the Chester Road and Deansgate areas. The old Church of St. Mary, Mulberry Street, had collapsed in 1835, and was not rebuilt for several years afterwards. St. Wilfrid's, therefore, supplied a pressing need. People coming to worship there had to cross a field of wheat. The nearest houses were in Jackson's Lane-now Great Jackson Street. City Road was only a pathway, and there were a few buildings on the Chester Road side. Away to the south and south-west there was open country. The Church and Presbytery were designed by a great architect of the last century, Pugin. The Church is considered a good example of the Neo-Gothic style.

Before long the position of the new church was fully justified. In 1843 there were 237 infant baptisms. In five years this figure had increased to more than 500. In 1850 there must have been more than 12,000 people in the new parish; yet all the work had to be done by two priests. It meant very long hours in the confessionals- the vestries, as they were called in those days-and most of the day was spent in visiting the sick and dying.

Mention must be made of the wonderful mission given by the Rev. Dr. Gentili and the Fathers of Charity in 1846. The numbers attending were so great that a pulpit had to be erected in the grounds. Some had to wait for days in the Church before their confessions could be heard. Confessions were heard from early morning until after midnight, and sometimes all through the night. At the close of the mission Dr. Gentili's voice was almost drowned by the sobs of his thousands of listeners. St. Wilfrid's Cemetery was opened in 1846 and closed in 1858.

THE RECTORS AND PARISH PRIESTS OF ST. WILFRID'S

Fr. Crook came from the old St. Augustine's in Granby Row, and began the building of St. Wilfrid's Church in 1841. It was opened on August 28, 1842. After two years he found the burden of debt was too great, and was appointed to a parish in Liverpool.

Fr. Whittaker took up the task laid down by Fr. Crook and he also found the debt too heavy. He borrowed money in order to have the Church plastered and could riot repay it. A complaint was made to the Bishop and Fr. Whittaker resigned in 1847. He then went to Liverpool. When the epidemic of fever was at its height in the following year he caught the disease while attending the sick and died of it. The people of St. Wilfrid's, who were devoted to him, erected a memorial cross in the cemetery to his memory, which may still be seen.

Canon Toole's vocation was a late one. He was in business as a merchant tailor in Liverpool. In his late twenties he sold the business and studied for the priesthood. He took charge of St. Wilfrid's at the age of 39. He soon realised the need for a school. The old boys' school was built in 1851-one large room had to accommodate boys, girls and infants. It was years later when the girls' and infants' school was built. In 1850 he was appointed a member of the first Cathedral Chapter of Salford.

Canon Toole spent many anxious nights during the Murphy Riots. The Church, the Presbytery, the Schools and Convent were in danger. Murphy was an Irish Protestant fanatic. He came to Manchester in January 1868, and denounced everything Catholic in the most vulgar and abusive terms. Canon Toole organised a guard of several hundred young men, who watched in the cemetery and also in the Convent grounds. They continued to do this while the danger lasted. At Cleator Moor, Cumberland, Murphy came to a violent and sudden end during one of his campaigns, which is not surprising.

The first school board election was held in 1870. There were 15 members of the Board and Canon Toole headed the poll. He was elected Vice-Chairman.

In 1874 he built St. Laurence's School and it was opened in the following year. It was an infants' school and Sunday School until 1891. Then it received a Government Grant and was under inspection as a public elementary school.

After a long period of ill-health Canon Toole ended his remark able career in March 1892. He is the only parish priest who has died at St. Wilfrid's. In his day he was one of the most learned priests of the diocese. As the old Irishwoman said "He has more books than a Doctor and they be powerful readers". An account by him in the Diocesan Almanack of the controversy between Jesuits and Seculars is a little masterpiece.

The Rev. Patrick Lynch, afterwards Canon and Provost of the Chapter, came from the Church of the Holy Family. He was soon elected to the School Board, where his great ability was quickly recognised. In 1897 he made many alterations in the Church. New benches took the place of the old and uncomfortable ones. The organ gallery and organ taken down, Pugin's rood-screen was removed, and in its place was erected a beautiful communion rail, of marble and alabaster, the gift of Mr. Joseph Hampson. Many of the older parishioners regretted the disappearance of the rood-screen, which was one of the features of the Church. The figures of the Crucifixion, which formed part of it, are now hanging in the interior of the west end wall of the Church. In 1904 St. Alphonsus was cut off from St. Wilfrid's when the School Chapel was opened. Canon Lynch's health caused him to leave St. Wilfrid's in June 1913. He died at Farnworth in 1921.

Fr. Murray, a former curate, was appointed to succeed Canon Lynch and took up duties in July 1913. In the following year the electric light was installed and new Stations of the Cross were erected. The schools had been condemned by the Board of Education Inspectors, but nothing could be done during the years of the first Great War. In 1922 a new High Altar was erected in memory of the parishioners who had fallen in the war. The new schools were commenced in 1922 and finished in 1925. At the end of 1926 St. Laurence's became a separate parish.

Dean Gribbin's health was in a critical state during his time at St. Wilfrid's. Though full of zeal and ability he was compelled to rest a great deal and eventually had to resign in May 1938. He died at Southport in the following November.

Dean Griffin took up duties in May 1938. His health was not good and he had a very anxious and troubled time during the air raids of 1940 and 1941. In the autumn of 1940 a bomb fell in the grounds near the Presbytery, but did little damage. Some incendiary bombs came through the roof of the Church, but fortunately were soon extinguished. Whilst at St. Wilfrid's, Dean Griffin reduced the debt by £3,000. He resigned through ill-health in May 1943.

Father O'Sullivan, who had been curate for 15 years, took charge of St. Wilfrid's in July 1943. In the following year he succeeded in buying out the very heavy chief rent of £200. The purchase money was paid off by the parishioners in a very short time. Bishop Marshall consecrated the Church in 1948.