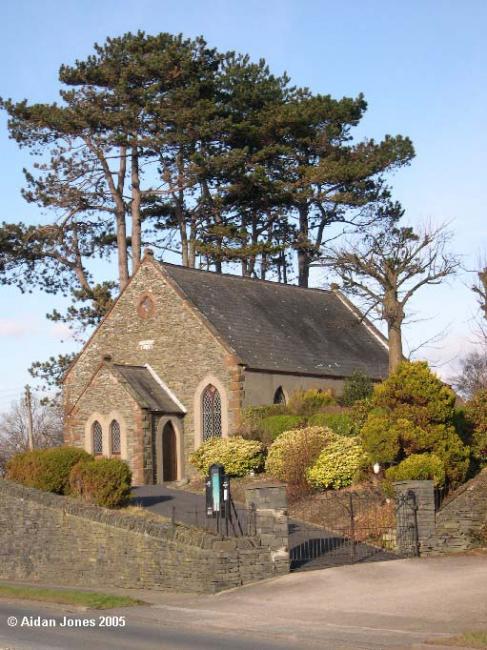 The church has a graveyard at the rear.

Although the present building dates from 1876, the members trace their origins back to earlier foundations. By the early 19th century, a congregation associated with the 17th century independent church at Tottlebank (q.v.) was meeting in a building at St Mary's Well, Kirkby Ireleth. Around 1826, the original Tottlebank congregation was veering towards definite Baptist ideas, whereupon the Kirkby congregation became separated from the parent church, mainly over issues of theology. It was soon to become completely autonomous, although broadly identifying with the ideas of the Christian Brethren. Eventually, the Kirkby members redesignated themselves as an independent Church of Christ and the original meeting house at St Mary's Well was sold (the Tottlebank church claiming a share in the proceeds). They moved to new premises close by, but again these were eventually found to be too small. Today's building at Wall End opened in 1876, with the previous St Mary's Well chapel being converted to a cottage. Nevertheless, a degree of continuity with the earliest traditions of Tottlebank is still asserted by the two independent Churches of Christ, which remain locally at Wall End and at Ulverston.

The Cumbria Record Office, Barrow hold an index of: