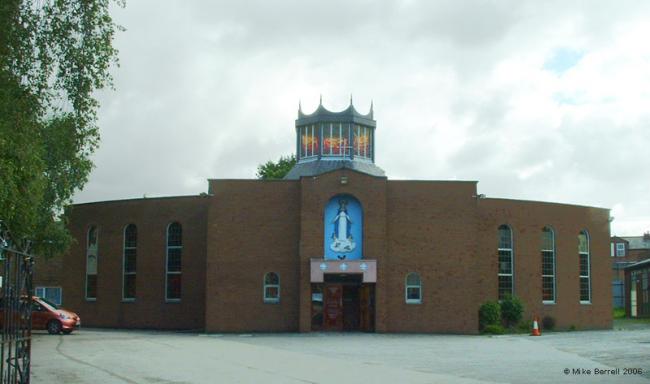 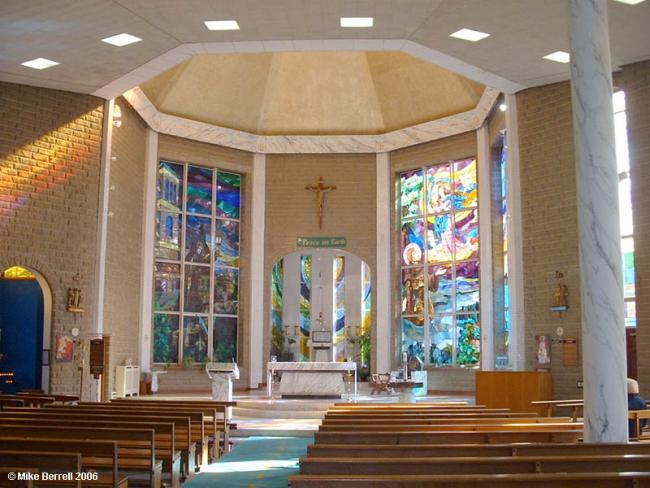 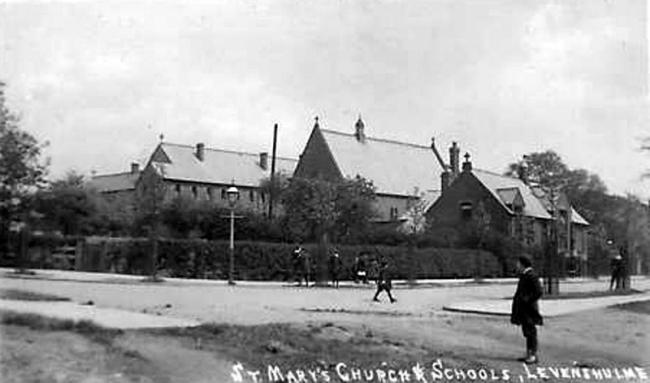 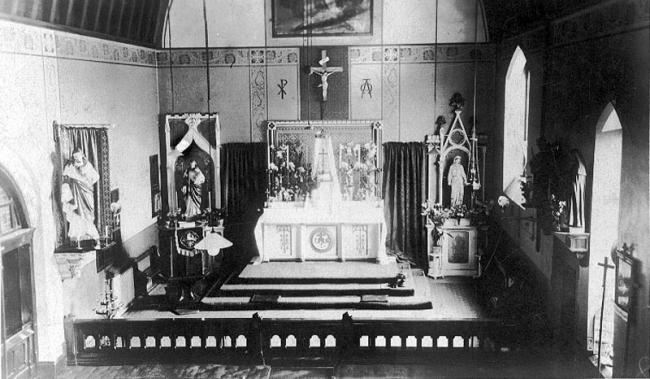 It was founded in 1853 and was originally attached to the Convent of the Poor Clares, Clare Road, Levenshulme. A new church opened in 1883. In 1957 it then moved to a former cinema on Stockport Road, Levenshulme and in 1975 moved into a new building in Elbow Street, Levenshulme.

The mission was not cut off in its beginning: it was a new neighbourhood. The parish at first, in 1853, comprised the following places: Levenshulme, Reddish, Heaton Norris, Withington, Barlow Moor and Fallowfield. It was opened through the interest of Samuel Grimshaw, Esq., a native of Levenshulme, who lived at Errwood Hall, near Buxton. In 1853 he gave the land for the parish-about two acres. Errwood Road, a fine, wide and gracious road in this neighbourhood, is named after the estate of the Grimshaw family.

The first Rector was the Rev. Thomas Unsworth who became a Chaplain in the Crimean War, volunteering with Fr. Patrick Meaney, the latter dying in the Crimea. He was uncle of the Blackburn priests called Meaney. A subsequent Rector was Fr. Henry Fox who built St. Edward's, Rusholme, and left here for that parish.

Eight Sisters -Poor Clares Collettines- came from Belgium in 1863 and settled in Levenshulme in 1871. All were Belgians. Part of the present Convent was built that year.

In 1898 the present school was built chiefly through the efforts of Fr. Moran.

In 1914 Father Sassen enlarged the church and in the same year built the Infant School. In 1915, through the efforts of Fr. Sassen, St. Robert's, Longsight, was cut off from St. Mary's and made into a separate parish.

Fr. Joseph Lomax was parish priest for many years and in 1940 Monsignor Masterson became parish priest after him. In 1947 he was consecrated Archbishop of Birmingham.