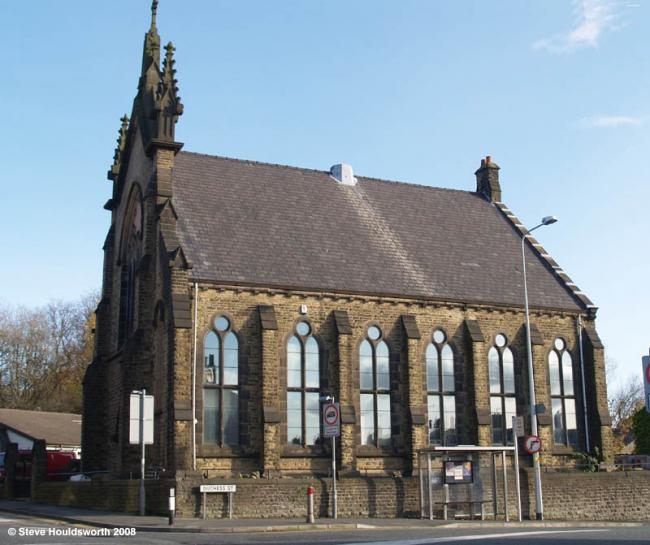 The stained glass windows from the Methodist chapel are now installed in Trinity Church.