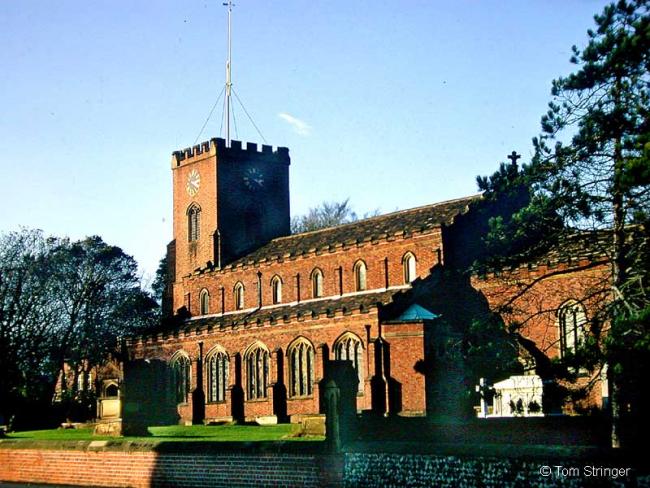 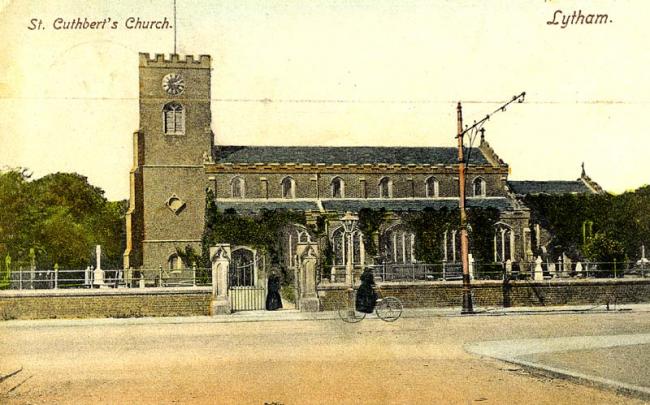 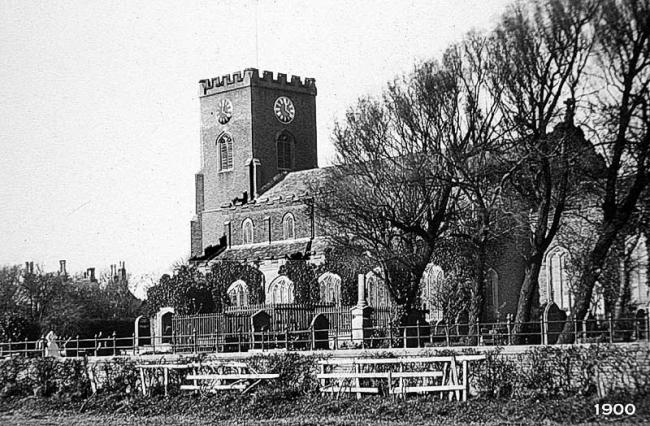 The Lancashire Family History & Heraldry Society have transcribed and published the Monumental Inscriptions in the graveyard.

The parish church of St. Cuthbert, entirely rebuilt in 1834, on the site of the old church, is a building of red brick in the late perpendicular style, consisting of a chancel, clerestoried nave, aisles, south porch and an embattled tower at the west end containing 8 bells : an organ was erected in 1881 at a cost of £700 : the reredos of oak, beautifully carved, is a memorial to Lydia Constance Hawkins, and the stained east window a memorial to Ellen Fisher, who died in 1837 : the north and south chancel windows were given by Thomas Clifton and his wife Lady Eleanor Cecily Clifton : and one in the north aisle Mrs. Anne Wilson in 1878; and there are several others : there is a brass erected by the parishioners to Richard Barton Robinson, late vicar, d. 1875, and another to Edward and Sarah Jane Houghton : the church was re-seated with open oak benches in 1887 at a cost of £1,500 and affords 1,020 sittings, of which 300 are free. The register dates from 1660 and is in good condition : the parish records contain an entry of a collection made for the rebuilding of St. Paul's Cathedral, which realised £1 5s. The living is a vicarage, gross yearly value £340, in the gift of John Talbot Clifton esq. and held since 1870 by the Rev. Henry Beauchamp Hawkins M.A. of Trinity College, Cambridge. hon. canon of Manchester, and surrogate.

There was a church in Lytham in 1199 when Richard Fitz Roger, who is supposed to have belonged to the Banastre family, gave all his lands in Lethum, with the church of the same vill, and all things belonging to the church, to God, and the monks of Durham, that they might establish a Benedictine cell there to the honour of St Mary and St Cuthbert. It is thought that the site of the Benedictine cell, is the site now occupied by Lytham hall.

The grandfather of Richard Fitz Roger pulled down the original church which was made of shingle, and replaced it with another of stone dedicated to St Cuthbert. This building lasted until 1770 when it was replaced by a low building, constructed of cobble stones, the walls being more than a yard thick and penetrated by five windows, one of which was at the east end. Sixty four years from the date of its erection, this church was also pulled down, having been unable to accommodate the increasing influx of visitors during the summer. The foundation stone of the current church was laid by Thomas Clifton on the 20 March 1834.