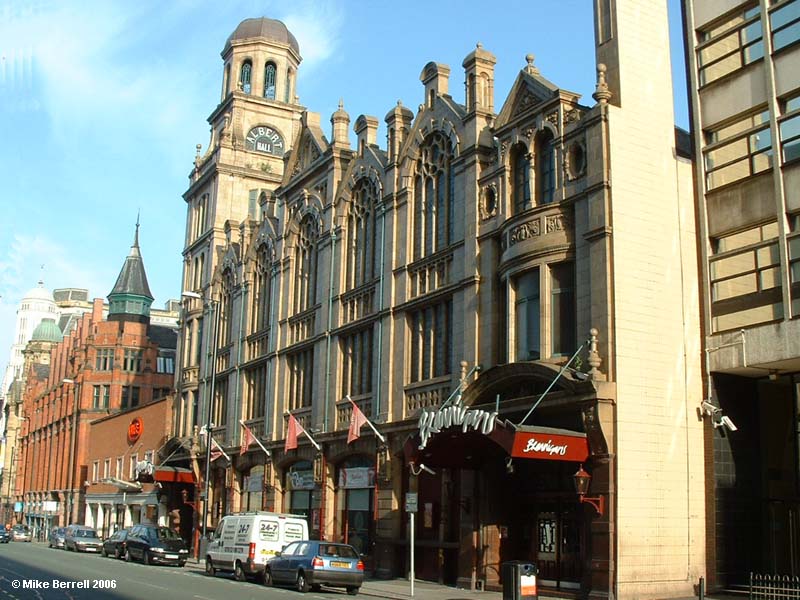 See the following book for a detailed description of the Albert Hall in the late 1940s and early 1950s when it attracted large congregations under the ministry of the Rev. William Gowland: D.Gowland and S.Roebuck, Never Call retreat: a biography of Bill Gowland (1990, Chester House publications).

It was founded in 1910. It closed in July 1969. There was a farewell service at the hall then led by the Albert Hall brass band we all pocessed across town to the Central Hall in Oldham Street