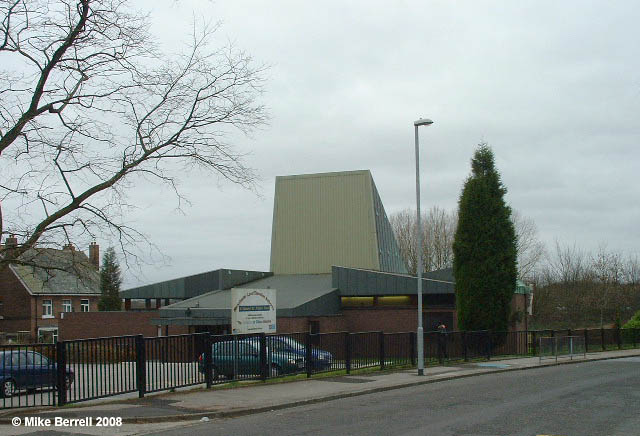 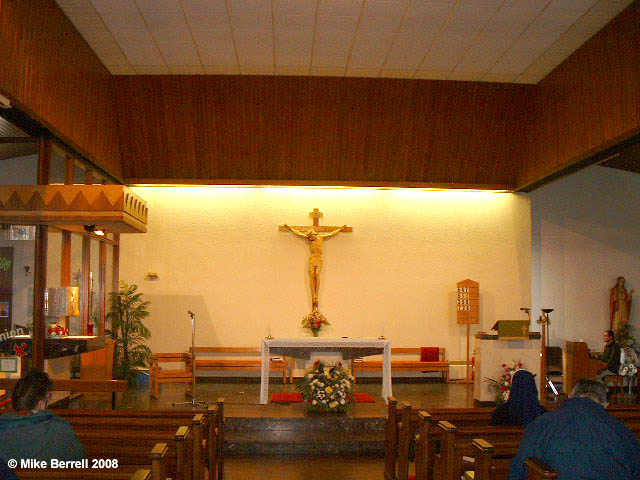 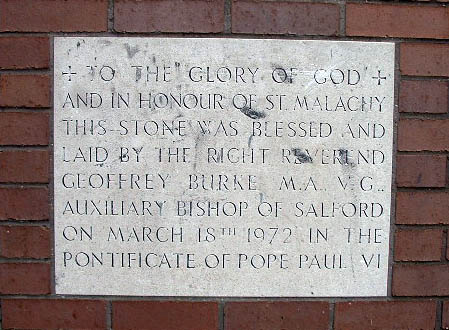 It was founded in 1922. The parish is now merged with St. Patrick's Collyhurst, although services are still held at St. Malachy's.

This thriving parish was born in difficult conditions. It was formed out of a part of St. Patrick's, and a part of St. Edmund's, Miles Platting, in 1922.

Fr. Marshall, later Bishop of Salford, was the first parish priest. He began by renting Berry's blacking factory, and there celebrated Mass until better provision could be made. He had a great struggle. Three separate attempts were made to set fire to the blacking works. Then there was a hard fight to secure a school, ending in a public enquiry at the Town Hall, an enquiry which ended with a victory for St. Malachy's. The school and temporary church beneath the school were officially opened in 1929.

The debt contracted at this time-the crippling sum of £40,000 -has now been paid off.

Fr. Marshall was obliged to retire through ill health in 1934, when he became priest at Longridge.