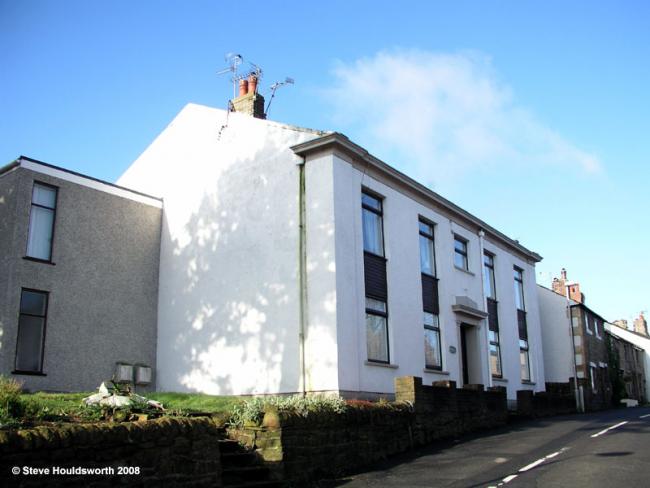 The Wesleyan Methodists originally held their services in a cottage in the passageway opposite the chapel, located at the bottom of Mellor Brow. Half of the floor of the upper room was cut away to form a gallery; and it was at that time chiefly supplied by Preston Methodists. The first class leader was Mr W Turner who in 1843 led a small group of five members. However a purpose built chapel was needed and prayer services were held in a room at the cotton spinning mill pending the building of a new chapel. This was carried out in 1851 - 1852 on land given to the society by Mrs Brierly and Thomas Counsell. The foundation stone was laid by Joseph Hall; the cost of the building was £30; it had room for 210 sittings and was opened on Good Friday March 26th 1853.

The Smalley family of Mellor played a part in its extension and prosperity, and John Moon and his family were also imprtant benefactors. The chapel was closed in 1964 and converted into living apartments.

Extract from History of Mellor in Lancashire by Neil Summersgill 1999