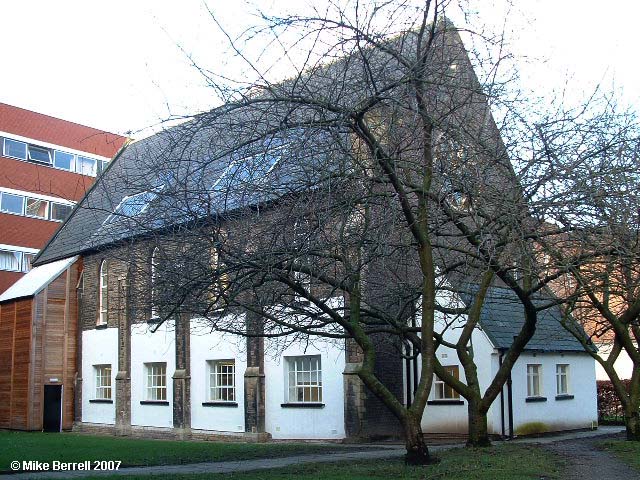 It was founded in 1853. The first pastor was H.E. Marotsky, and until 1871 the Church had no premises of its own but worshipped at the Dutch Protestant Church in Wright Street. The Church, "a plain neat building capable of containing about 300 persons" was purchased by the Germans and remained there until 1948. Prior to the First World War the number of worshippers is said to have been between 300 and 350, the average number of christenings and marriages each year being eleven and three respectively between 1855 and 1914. the congregation had a church hall in rented premises in Ducie Grove and also had strong links with a German Seamen's Home in Chester Road, Old Trafford founded in 1906.

The Great War dealt the Church a severe blow. The pator, Mr. Kramer, who had been in Manchester since 1905 was recalled to Germany a few months before the declaration of war and his deputy worked only a few months longer. As the congregation dispersed, the Church only just managed to retain its rights and status through the war and it took the Church community several years to come to life again after the war. Since then the Deutsche Evangelische Kirche, as it is now known has suffered long periods without its own minister, sharing the services of pastor with Liverpool and Bradford although a new church building was consecrated in Stretford in 1963.