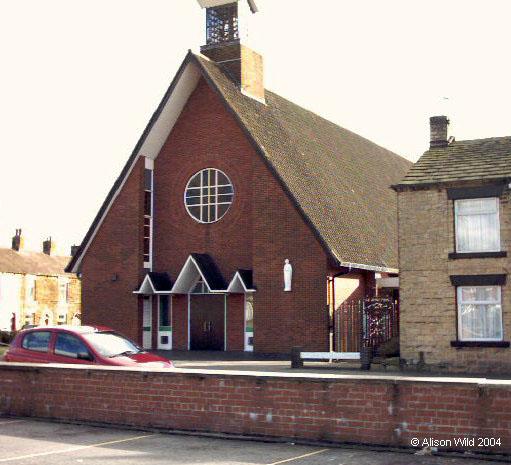 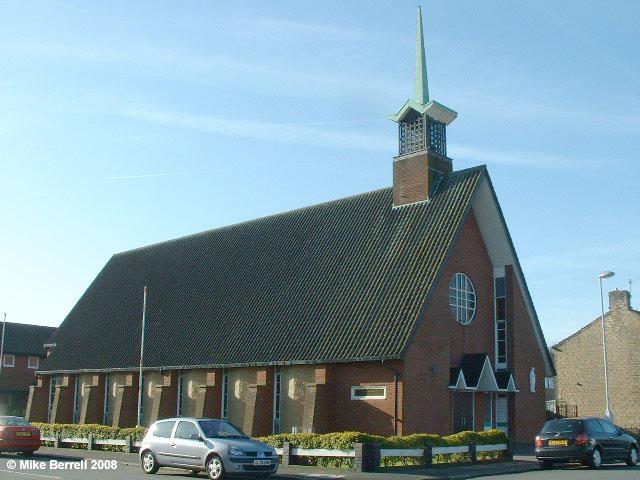 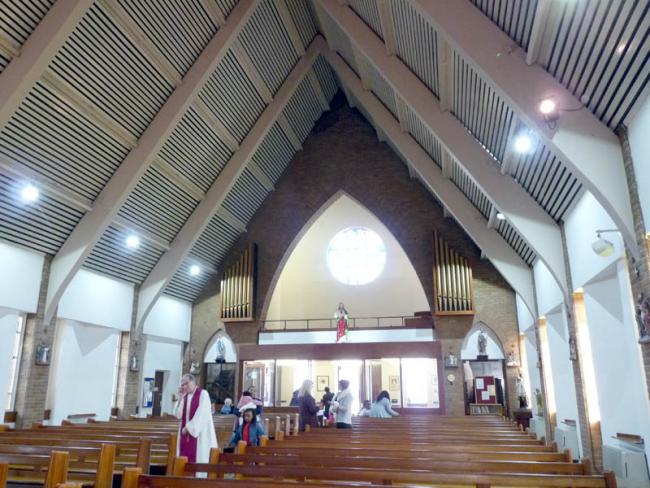 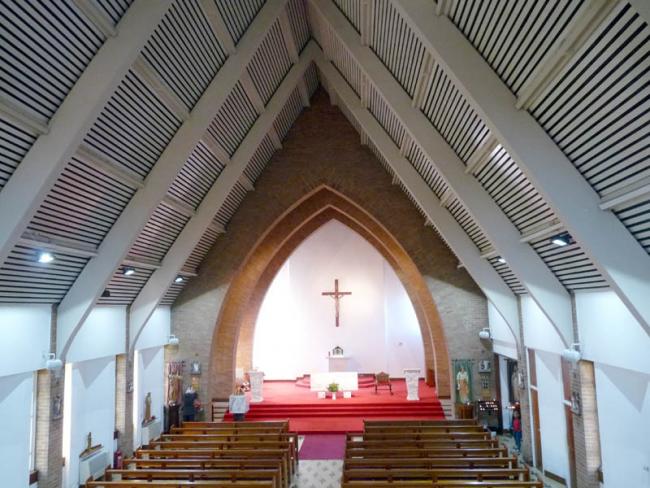 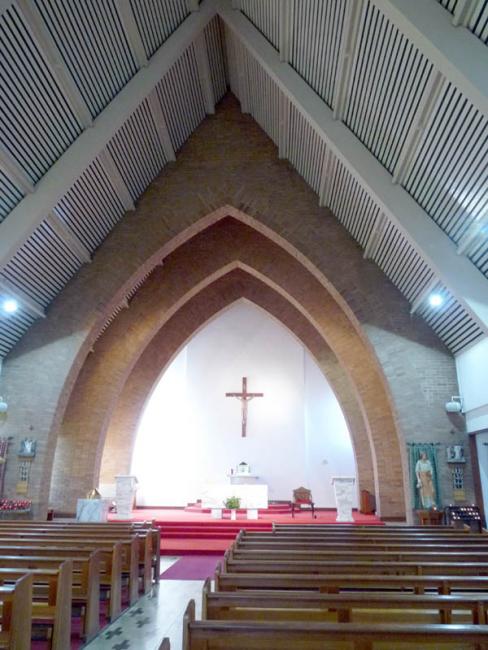 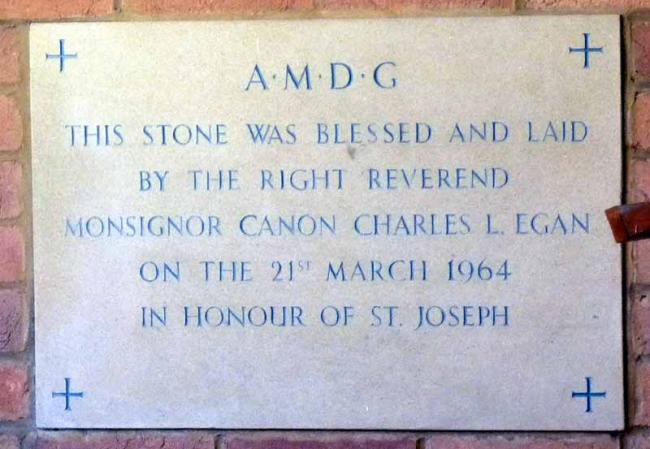 The Church was founded in Mossley in 1856 when services were held in the upper room of a building previously used by the Unitarian congregation in Smith Street, off Lees Road, known as "Th'owd Garrett". In 1862 a Church was built dedicated to St Joseph, the present Church was built on the same site as the old Church and School in 1965.

In 1856 a Catholic mission under the patronage of St. Bridget was established in Mossley by the Rev. William Wilson, M.S. From that year until 1862 Mass was said in an upper room in Lees Road. Fr. Wilson left in February 1860, and from that date until November 1861 the mission was served by the Rev. William Joseph Crombleholme and the Rev. Philip Capron. In November 1861 the Rev. Charles Grymonprez was appointed Rector. In 1862 he built a new church and placed it under the patronage of St. Joseph.

From the beginning of January 1864 the church-building also served as an elementary school, a screen separating the altar during school hours. After a time a separate room for the use of the younger children was built adjoining the north side of the church. In November 1869 Fr. Grymonprez left for St. Mary's, Oldham, and was succeeded by the Rev. Peter Cardinael. During his Rectorship a new school was built about 1874. He was succeeded in 1878 by the Rev. John Kass, who was followed in April 1885 by the Rev. Henry Hill.

Fr. Hill left in December 1885, and was succeeded by the Rev. James Brady of Lees. During the twenty years of his Rectorship, the present altars, gallery and an organ were provided. Fr. Brady died in 1908. Then followed Fr. Henry Hunt. In 1909 the Rev. Paul Dootson. In January 1918 the Rev. Arthur J. McGrath. In January 1922 the Rev. John Delaney succeeded. In March 1927 the Rev. William Fletcher. In August 1930 Fr. William Dorran took charge and built the new school. After 1940 Fr. James Holland and Fr. J. Meagher, who opened Uppermill chapel.