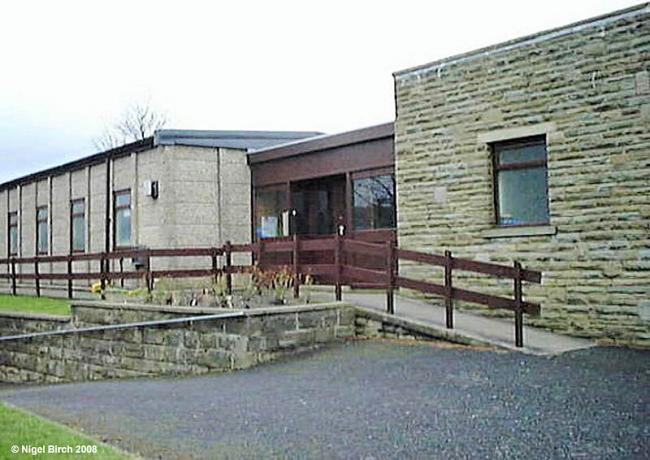 In 1848, when William Proctor of Burnley and Isaac Stocks of Shore came to live in Waterfoot they set up a meeting place in a cottage in Miller Barn Lane; They were the fore runners of a small band of people known as "General Baptists". This new church did not last long after the Stocks family moved to Bacup, and the room had to be given up. Those that were left behind carried on meeting in a blacksmiths shop at Hollin Bank, Scoutbottom. Though they could not afford the rent for the room they were assisted by the Rev James Maden of Gambleside, who as well as guaranteeing the rent of three shillings a week, also provided a preacher for many months. With this aid the church began to grow and in 1853 it was able to declare its independence.

Eventually a new meeting place was found at the top of Ashworth Lane and though the congregation was slowly building up, it was a constant struggle. By the early 1860s the membership had risen sufficiently to warrant a purpos-built church and the foundation stone was laid on Whit Saturday the 21st May 1864 at a site on Edgeside Lane. The new church, which cost £1,100 to build and a further £220 to equip, held its first service on 26th March 1865. In 1947 when most churchs were finding their congregations dwindling Edgeside Baptist Church were in the enviable position of having to build an extension to the church which opened on 30th November.