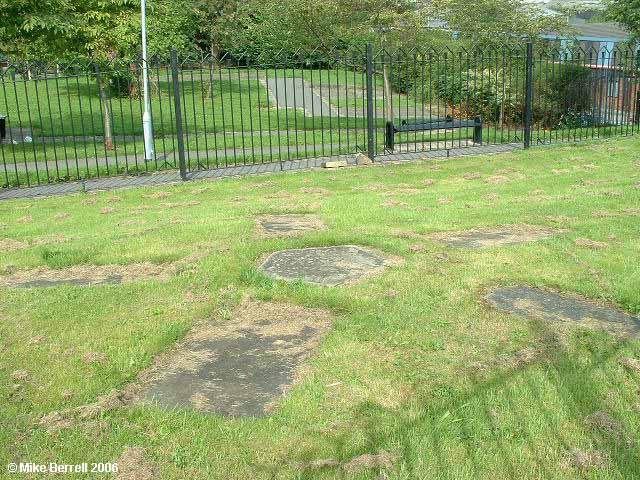 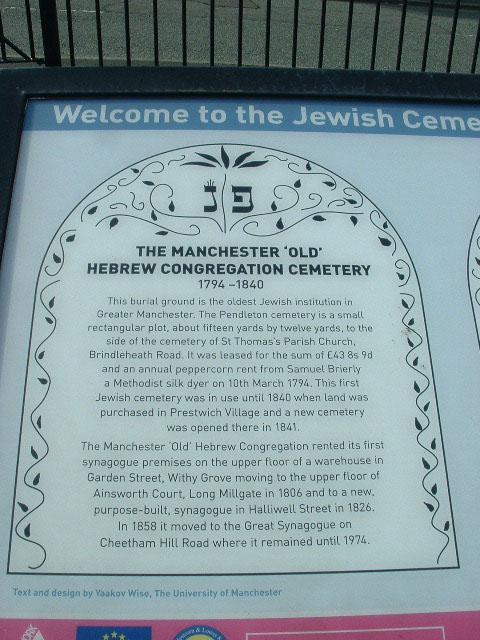 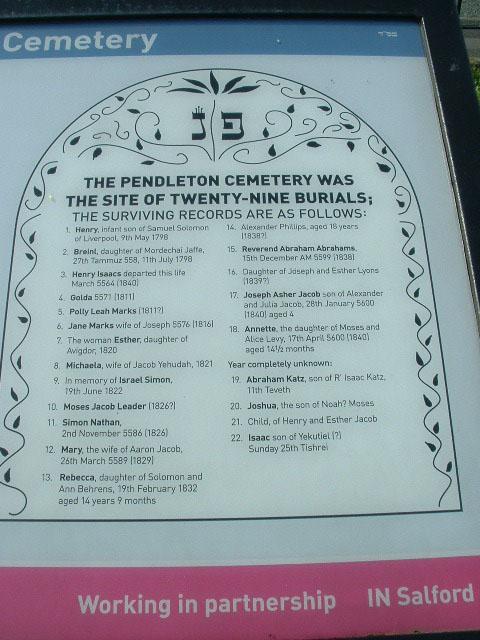 The cemetery was adjacent to St Anne's churchyard. Nothing now remains.

In 1986 there was a plaque or stone: This is the site of the First Jewish Burial Ground in Manchester. It was consecrated on March 10th 1794 and served the community until 1840. Here repose the remains of some of its Founders. May their dear souls rest in peace.

Only four gravestone survive (as of 1986) on two of which the inscriptions are solely in Hebrew.

The other two read:
The burial place of Henry infant son of Saml SOLOMON of Liverpool who died May 9th 1798 aged 9 months.