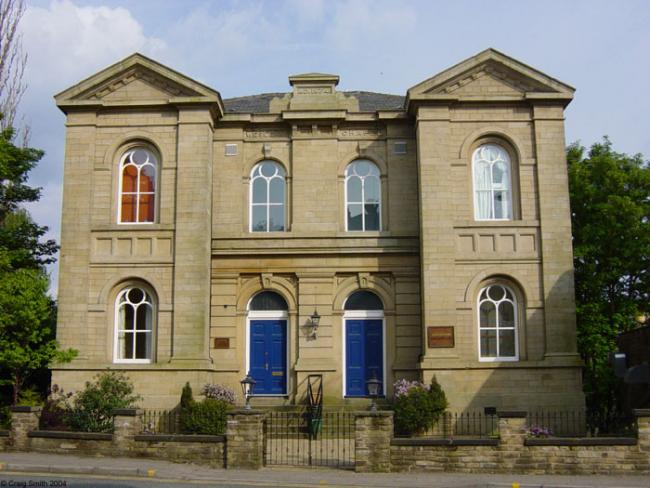 It was founded before 1838 and it closed in 1997 due to dry rot in the roof. They moved to the Youth Club on Carr Street until a new church could be built. This was Christchurch and Neighbourhood Centre which opened on 5th December 1999.

The Wesleyan Methodist chapel and school founded in Ramsbottom was opened in July 1825. Subscriptions were collected to erect a new chapel in the 1870s. With the addition of land purchased from Mr and Mrs Cain, the two-story structure was reopened on the same site on 22 October 1874. In 1896, a manse was bought for the incumbent on Bolton Road ('Salmesbury House').

A further wing was added to the school in 1911. The school was requisitioned for wartime activities during the Second World War, but Sunday School activities continued. Prior to 1949, Ramsbottom Wesleyan Methodist Church was part of the Haslingden (or 'Manchester Road') Circuit. Ramsbottom became part of the new Bury Circuit, and Bolton and Rochdale District after September 1949.